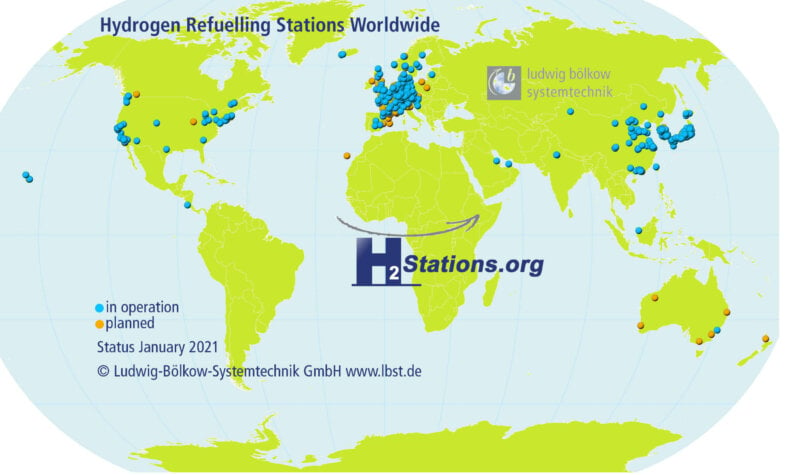 Despite a challenging year dominated by the Covid-19 pandemic, 2020 saw a record-breaking year for the hydrogen mobility market with the opening of 107 new hydrogen stations.

That’s according to new information released from H2stations.org that states 2020’s developments took the worldwide hydrogen station total to 553 by the end of last year.

Europe had 200 hydrogen stations at the end of the last year, 100 of which are in Germany.

France is second in Europe with 34 operating stations, and with 38 planned hydrogen stations it currently shows the strongest growth in Europe.

Read more: Atawey planning to deploy 150 stations in the next five years

A significantly increasing number is also projected in the Netherlands, where the number of planned stations has increased to 23.

In line with plans, the ninth refuelling station was recently opened in Switzerland.

The 69 Chinese hydrogen stations in the H2stations.org database are used almost exclusively for the refuelling of buses or truck fleets.