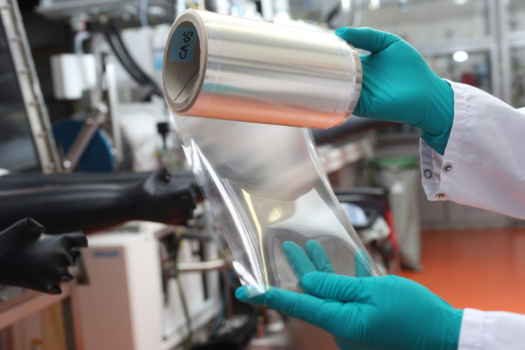 However, produced from water by electrolysis using electricity generated from renewable resources, green hydrogen is currently more expensive than conventional hydrogen, which is generally obtained from methane gas in a process that releases carbon dioxide (CO2).
At a time when many countries and governments are committing to hydrogen roadmaps and strategies, as well as making extreme efforts to lower carbon emissions, the lowered cost of the zero emission fuel is something that many are working to achieve in order to push forward the green energy transition.

Achieving what it believes to be a breakthrough in hydrogen production, specialty chemical company Evonik, along with its strategic innovation unit Creavis located in Germany, has developed a novel anion exchange membrane (AEM), which it hopes can be the long-awaited answer to the cost-efficient electrolytic production of green hydrogen.

The central component of any electrolyser, which holds major influence on efficiency and reliability, is usually an ion-conducting membrane. However, by replacing the proton-conducting membrane with its newly developed AEM, Evonik and Creavis think they have made an important contribution to cracking the code to economically viable green hydrogen production.
“Our membrane could allow commercial realisation of highly efficient and economically viable electrolysis technology under alkaline conditions. The polymer chemistry behind this membrane is the key to efficient electrolysis. And we now hold that key,” said Oliver Conradi, responsible for membrane research at Creavis.