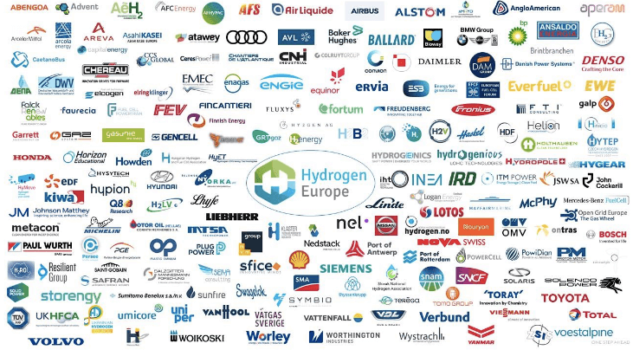 The European association, representing the interests of the hydrogen and fuel cell industry, says the fact that the European Commission has decided to present a dedicated communication on a hydrogen strategy, this is testament to the commitment for a systemic change out of fossil into electricity and hydrogen in order to achieve the EU’s 2030 and 2050 climate targets.

Achieving the EU’s long-term climate and energy goals and realising the promise of the EU Green Deal will require renewable hydrogen and low carbon hydrogen at large scale.

Hydrogen Europe says without hydrogen, the EU will not achieve its decarbonisation goals on time.

As such, the hydrogen sector is primed to play a key role as an enabler of sector integration and a systemic role in the transition to renewable sources by providing a mechanism to flexibly transfer energy across sectors, time and place.

Hydrogen Europe is committed to working hand-in-hand with the renewable sector to pave the way, together, towards a climate neutral economy.

In a statement, Hydrogen Europe said, “The EU needs to be the starting point for the development of hydrogen as a global commodity.”

“The world is watching, we have the opportunity to promote a disruptive industrial revolution that will create new value chains, jobs and boost EU competitiveness globally while promoting and supporting sustainable development goals.”

“With a view to future legislative initiatives, the EU should strive to develop a blueprint for a hydrogen market design that can be replicated by other geographies.”

“In doing this, Europe will become the birthplace for the global hydrogen economy, forming the foundations for a globally traded market.”

“The launching of the European Clean Hydrogen Alliance (ECH2A) today serves as a springboard for kick-starting the industrialisation of hydrogen technologies.”

“The ECH2A will provide support for the entire hydrogen value chain to go scale up and play a crucial role in implementing the ambition of the Hydrogen Strategy.”

“It will specially build up a clear and concrete pipeline of projects and investment plans, while delivering a coherent vision of hydrogen supply, distribution and demand.”

GIE: Hydrogen at the forefront of the EU's Strategy