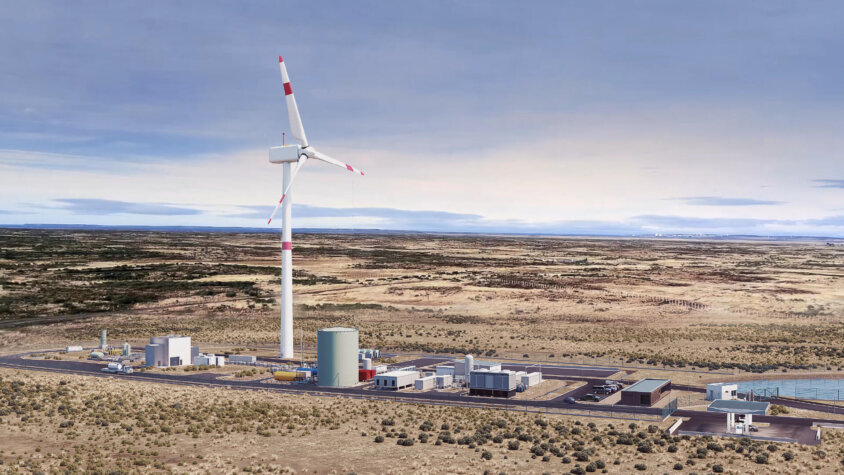 A press of a buzzer, and just like that, work today (September 10) commenced on the world’s first integrated commercial plant producing hydrogen-based efuels in Chile.

Known as the Haru Oni project, the facility has huge ambitions to produce 130,000 litres of e-fuels, derived from green hydrogen, per year in its pilot phase, starting in 2022, for export all over the world.

A landmark development for both Chile and the wider efuels market, Haru Oni will make use of Chile’s renewable energy sources, producing clean and green hydrogen from the country’s vast amount of wind energy.

Making the ground-breaking, Chile’s Energy Minister, Juan Carlos, said, “I would like to greet the workers who will build Haru Oni the first e-gasoline plant in Chile. The Magellan region could produce 13% of the world’s green hydrogen, given its immense wind energy potential.

“It could exceed seven times the generation in the Chilean power grid. Not only does it count on an excellent potential for wind energy as a base to sustain the industry of these fuel, but it also has the potential to turn Magellan into a world class producer and exporter of green hydrogen.

“This is the exciting story we are witnessing. The cornerstone laying for the first large scale green hydrogen project in Chile, setting a precedent for future initiatives.”

Siemens Energy, Porsche, HIF, Enel, ExxonMobil, Gasco and ENAP are all behind the major development and believe that e-fuels are a great way to decarbonise mobility, with Porche being the first to try the product.

Speaking at the ground-breaking, Michael Steiner, Member of the Executive Board for Research and Development at Porsche, said, “The wait is over. After months of intensive preparation, an important step has been taken. Today we are celebrating the official start of construction work at the Haru Oni plant; the world’s first commercial project for producing virtually CO2 neutral fuel on an industrial scale.

“We have been working together towards this day for a long time. Our vision of the large-scale production of green fuel for the world is now taking concrete form because on the stormy southern tip of Chile, the conditions are ideal all the year round for the sustainable production of fuels using wind energy.

“There are enormous opportunities in the commercial area on efuels. At Porche we recognised this early. And despite all our enthusiasm for electric drives, it has been clear to us from the very beginning that electro mobility cannot become the norm overnight.

“At the beginning of 2020, well over one billion vehicles with combustion engines were in operation worldwide. This means it will be many years, maybe decades, before electric vehicles dominate global road traffic. But this transition period must not be allowed to pass idly by. We urgently need a solution on the sustainable operation of existing fleets.

“This goal can be achieved with green synthetic fuel, which are a sensible complement to electro mobility. However, e-fuels are still only produced in low volumes as a pioneer on sustainable mobility, Porsche wants to change this.”

As well as greatly benefiting the e-fuels and mobility markets, start-up of the Haru Oni plant also presents a huge step forward for Chile in achieving its goals laid out in the National Green Hydrogen Strategy.

Released last year, the strategy plans an electrolyser capacity of 5GW by 2025, rising to 25GW by 2030. The aim is to produce the world’s cheapest hydrogen and develop the country into a leading exporter of green hydrogen and its derivatives. 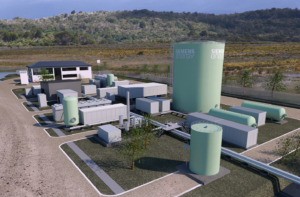 Thanks to its excellent wind conditions and the resulting low electricity prices, Chile has very high potential for the production, export and local use of green hydrogen in an international comparison. And it’s for exactly this reason that the South American country is set to be home to a first-of-its-kind project that will channel these powerful winds to produce climate-neutral fuels (e-fuels) from green hydrogen in a big step towards the decarbonisation of the transport sector.

Chile has aspirations to produce the cheapest green hydrogen on the planet before the end of the decade and wants to be among the world’s top three exporters by 2040. And it is local Chilean energy company AME (Andes Mining & Energy) that is pioneering in this field. Its daughter company HIF (Highly Innovative Fuels) is developing and implementing a world first project located in Magallanes Province: the ‘Haru Oni’ project. It will produce 130,000 litres of e-fuels, derived from green hydrogen, per year in its pilot phase, starting in 2022, for export all over the world. This will significantly scale up to produce 55 million litres of e-fuels by 2024 and ramp up to around 550 million litres of e-fuels by 2026. For context, the project will provide enough fuel for more than one million people to drive their cars for nearly a year!