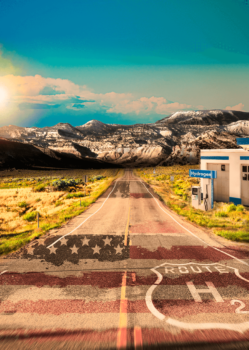 A roadmap for the US hydrogen economy

For the past six years, the fuel cell and hydrogen industry in the US, along with policymaker champions, supporters, and stakeholders around the world, have been celebrating National Hydrogen and Fuel Cell Day on 8th October. The date of October (10/08) was chosen in recognition of the atomic weight of hydrogen (1.008) and has been used to raise awareness of the vast benefits that fuel cell technologies and hydrogen energy can bring to expanding our nation’s economy and reducing our emissions footprint.

Given today’s environment, the participation this year was extraordinary with a wide variety of webinars and virtual conferences, industry press releases and announcements touting new products and market developments, as well as an abundance of support on social media. In addition, both the US Senate and House of Representatives recognised this important day with resolutions marking the occasion; proclamations were issued by Governor Polis in Colorado and Governor Ige in Hawaii, and several of our nation’s top energy officials, including US Department of Energy Secretary Dan Brouillette, Deputy Secretary Mark Menezes, and Assistance Secretary Dan Simmons, shared their celebrations in support of National Hydrogen and Fuel Cell Day. This broad range of activity, from both the public and private sector, demonstrates the tremendous momentum and potential for the future of the hydrogen and fuel cell sector.

A roadmap for the US hydrogen economy
The McKinsey and Company report, Road Map to a US Hydrogen Economy, was launched during the week of 5th October, led by the Fuel Cell and Hydrogen Energy Association (FCHEA). This report was developed with the support of major players in the industry, including utilities, automakers, fuel cell and hydrogen companies, as well as the energy sector and lays out how the US can expand its global energy leadership by scaling up the evolving hydrogen economy.

The Road Map details what many of us in the fuel cell and hydrogen sector already know; hydrogen will be critical to achieving a lower-carbon energy mix in the US. With the ambitious scenario laid out in this report, hydrogen alone can reduce our nation’s carbon dioxide levels by 16% and our nitrous oxide levels by 36% by 2050. This would provide significant environmental benefits to mitigate climate change, as well as improve air quality.