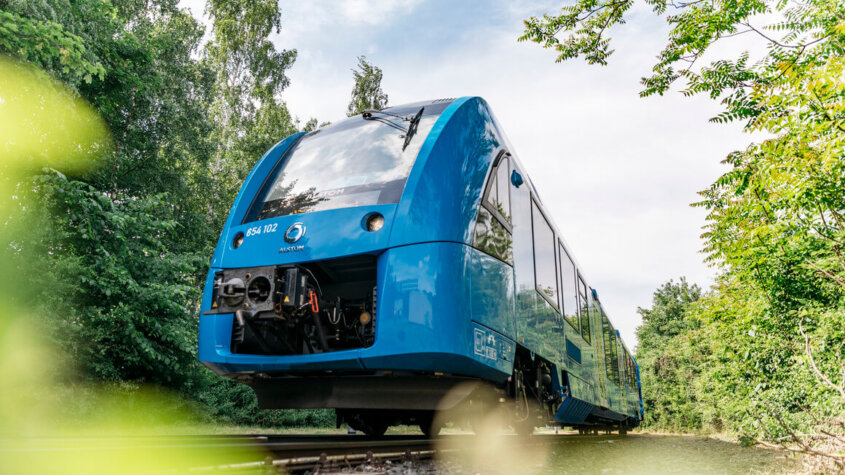 Alstom has joined the Spanish Hydrogen Association as the train manufacturer continues to promote hydrogen as an energy vector in the decarbonisation process of our society.

Formed in 2002, the Spanish Hydrogen Association (AeH2) has worked to encourage, promote and drive the technological and industrial development of hydrogen technologies in Spain.

“The hydrogen train is a demonstration of Alstom’s commitment to the development and implementation of innovative sustainable mobility solutions that contribute to the global energy transition and decarbonisation.”

Hurtling along at a maximum of 140km/h, the Coradia iLint is the first low-floor passenger train worldwide that is powered by a hydrogen fuel cell, which produces electrical power for traction.

Two years later, in 2018, the Coradia iLint entered into commercial service in Germany.

Alstom’s tests conducted, both in Germany and in other European countries, have demonstrated the reliability, safety and feasibility of fuel cells as an alternative to diesel traction on non-electrified lines.

Spain, for its part, has more than 5,000km of non-electrified lines, approximately 35% of the network, which are operated by diesel trains and locomotives.

Hydrogen is a consolidated alternative for these lines in the mid-term, as reflected in the “Hydrogen Roadmap” recently approved by the Spanish Government.

The objectives of this Roadmap for 2030 include the commercial operation with hydrogen trains of at least two railway lines in Spain.

As a leading player in the sector, AeH2 works hand-in-hand with public institutions to promote the development of green hydrogen in Spain and, in coming months, will begin with the elaboration, in an agreed manner with all sector agents, of the Sectoral Agenda of the Hydrogen Industry at the request and with the support of the Ministry of Industry, Trade and Tourism (MINCOTUR).

AeH2 is made up of a group of companies, public and private institutions, and individuals, who share their interest in achieving the main purpose of the association.

Among the initiatives promoted by AeH2 is the Spanish Technological Platform for Hydrogen and Fuel Cells (PTE HPC), a project supported by the Ministry of Science and Innovation.