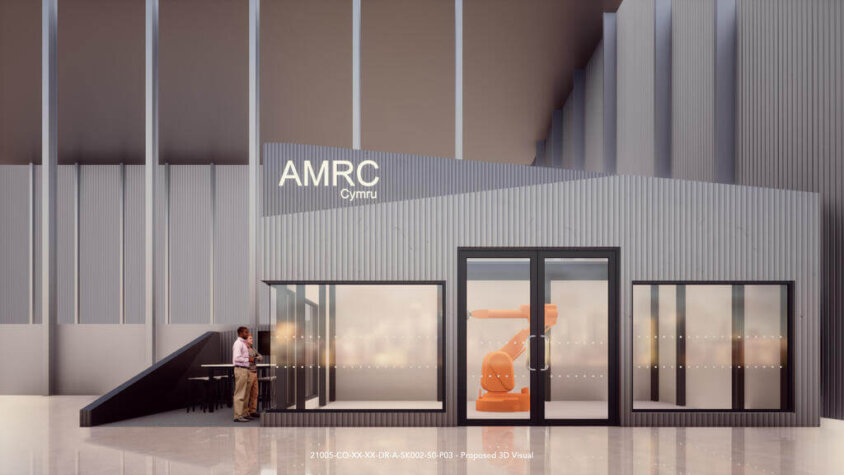 A £600,000 ($818,000) hydrogen electric propulsion systems (HEPS) testbed, based in AMRC Cymru, North Wales, is hoping to accelerate the rollout of green technologies by de-risking the assembly and production scale-up of hydrogen fuel cells.

The University of Sheffield Advanced Manufacturing Research Centre (AMRC) is behind the project which utilises 4.0 technologies and in-process inspection techniques to ensure the safe and cost-effective production of fuel cells for aerospace, automotive and rail industries.

On the work, Lee Wheeler, Hydrogen Technology Lead at AMRC Cymru, said, “Hydrogen fuel cells can address key challenges of the transport sector as it searches for alternatives to the internal combustion engine. However, the current cost of manufacturing and assembling the fuel cells is incredibly high, which means there’s a lack of uptake.

“We want to support businesses who want to make the net zero energy transition to hydrogen electric propulsion systems by giving them a facility where they can use advanced manufacturing techniques to assemble and verify their product and then eventually integrate it in their vehicles.”

BAE Systems, GKN, Rolls-Royce and Toyota are all helping to guide the HEPS testbed project, alongside a group of smaller companies including Wave Industries, Hypermotive and Riversimple.

Stuart Dawson, Chief Engineer for Hydrogen at the AMRC, says the technology has enormous potential. “The government showed real intent by publishing the UK’s first ever Hydrogen Strategy, promising to lay the foundations for a low-carbon hydrogen economy in the next decade and to support innovation to massively scale-up the production of low-carbon hydrogen,” he said.

“Battery technologies that are well suited to electric cars are not necessarily well suited to use in heavy goods vehicles (HGVs) due to the long vehicle downtime during charging and the weight of batteries required to power large vehicles over long distances.

“Light weight hydrogen fuel cells are ideal for the electrification of long-distance vehicles due to their long range and faster refuelling compared to BEVs. At the AMRC we must now enable companies to flexibly and competitively manufacture these hydrogen propulsion systems.”

Construction of the testbed is planned for January 2022, with the first assembly project hoping to start in April next year. The HEPS facility will have a self-contained assembly area on the AMRC Cymru “shop floor”.