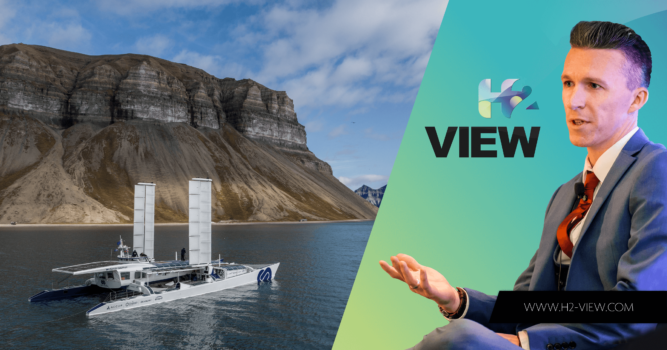 An odyssey for the future: Onboard a striking example of sustainable mobility

Energy Observer – the first hydrogen vessel around the world. That in itself is a mighty statement. An Odyssey for the Future? That’s just showboating.

But actually, it isn’t. Once you see it in person and understand the magnitude of its mission, as we have had the pleasure to do here today, it becomes clear that this once legendary racing boat – and its inspiring crew – really is an ambassador for the hydrogen revolution.

Docked in St. Katharine docks in London, the 47th iconic stopover of its world tour and the last of its Northern European leg, the Energy Observer vessel has already clocked up more than 15,000 nautical miles and all without carbon dioxide (CO2) emissions, fine particles or noise pollution.

The vessel’s mission is to test the cutting-edge, renewable energy-based technologies that it is comprised of and essentially act as a floating laboratory of energy transition on the high seas. To see it is most definitely to believe it: stepping aboard the boat is an exploration of both the state-of-the-art and a new wave of sustainable thinking. For anyone that has followed its voyage since 2017, it’s a real privilege.