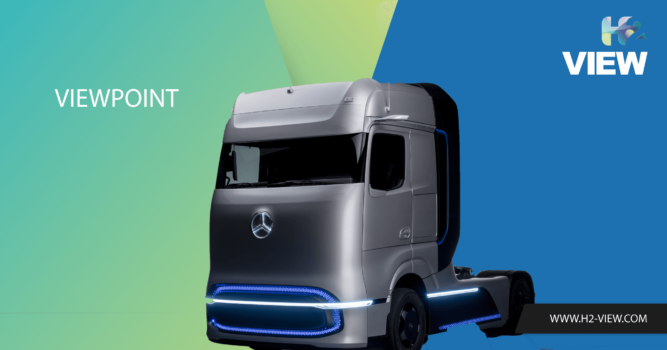 Last week saw Daimler reveal its commitment to hydrogen-fuelled heavy-duty trucking with the launch of the Mercedes-Benz GenH2 trucks. It was a development which drew as much interest in both the timeframe for series production of 2025 onwards and its liquid hydrogen propulsion, as the vehicle itself.

I presented a précis of reaction to the announcement just days later for H2 View, based on the understanding that many questioned the motive for liquid hydrogen fuelling.

It’s a topic that continues to spark interest; many appear to have divided opinion over the use of liquid (rather than gaseous) hydrogen, while others question whether there is a more concerning subtext behind that technology route.

One suggestion is that a conscious effort could be at play to slow down the development of hydrogen fuel cell power in the heavy-duty trucking duty sector, by pursuing a fuelling route that is seemingly out of sync with other peers.

By extension, the fear is that the example of a heavyweight manufacturer like Daimler carries weight in the European market; if a project partner like Volvo, or a fellow leader in the heavy-duty motive field followed such a lead, then a significant share of the market could suddenly be pursuing a parallel pathway in fuelling.

One week on and, while Daimler could give no further update on the timeline for mass production, it has provided a little more colour in its conviction in liquid hydrogen – with energy density, volume and efficiencies cited as the key reasons for its selection.

A Daimler Trucks spokesman told H2 View, “As a liquid, hydrogen has a significantly higher volumetric energy density than in its gaseous state. As a result, a fuel cell truck filled with liquid hydrogen (LH2) can manage with much smaller and, due to the lower pressure, many times lighter tanks. This allows for a larger load space and a higher payload, which can therefore rather correspond to those of a comparable diesel truck.” 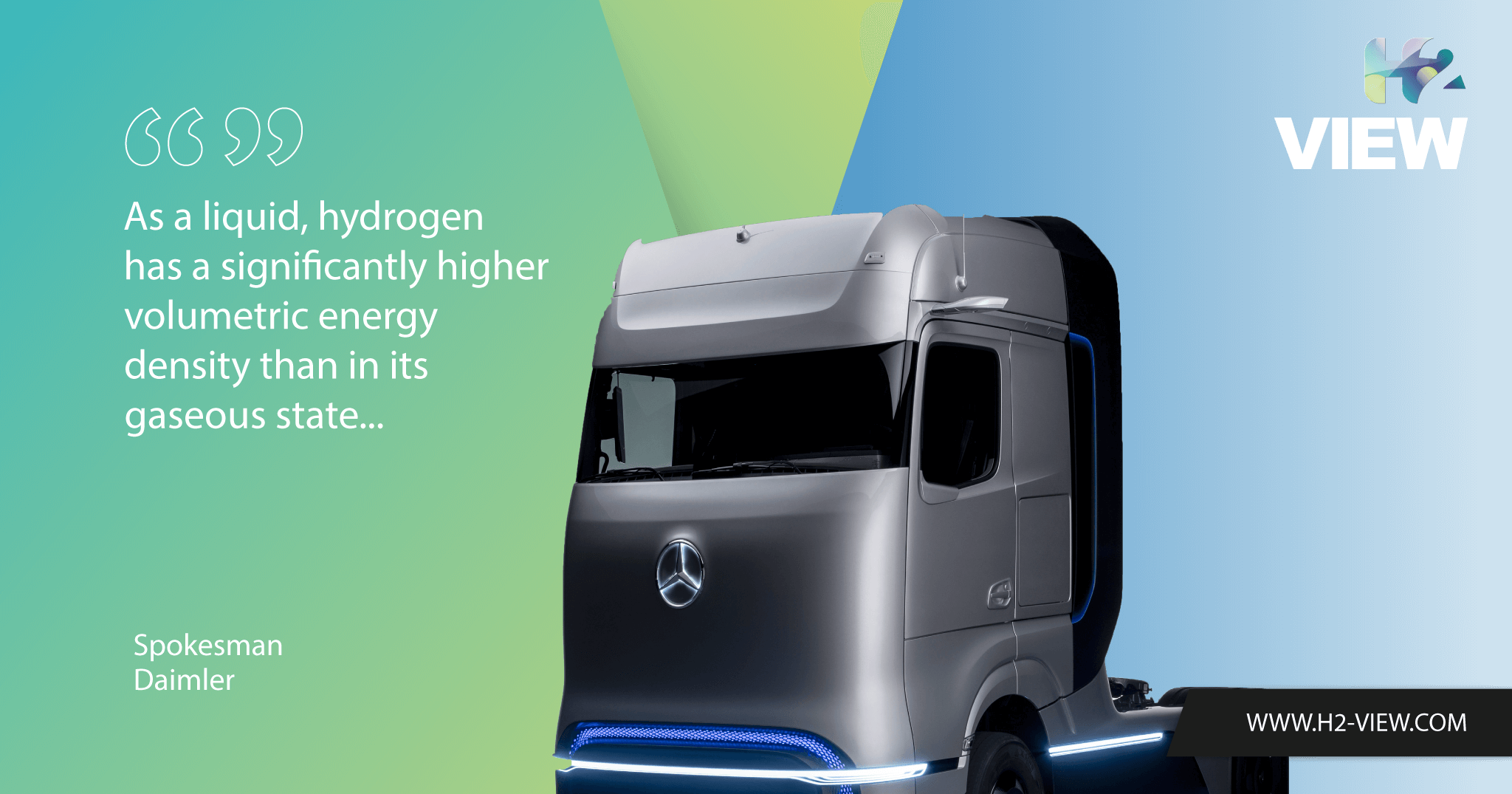 “To transport the same amount of hydrogen (80kg) in a gaseous state, 50% more volume and therefore almost twice as heavy carbon tanks would be required. The higher tank weight and the required larger installation space would significantly reduce the possible payload, so that economical operation would only be possible with limitations.”

This is a point that many others have been quick to make to us here at H2 View, including across social media channels, following our analysis last week.

I understand others, however, still share a sense of surprise if not scepticism at a strategy seemingly so out of sync with the current groundswell of fuelling infrastructure aims.

Daimler was able to share a long-term view with me which further underlined its apparent belief in liquid hydrogen, and for all aspects of the mobility value chain.

“From a long-term perspective, liquid hydrogen is the best solution for everyone involved – from the hydrogen producer, the filling station operator and the vehicle manufacturer to the truck customer,” the spokesman added.

“The producer/distributor can distribute more hydrogen at once due to the higher storage density (lower transport costs). For the same reason, the filling station operator can store more hydrogen and also has a higher vehicle throughput at the fuel pumps due to the shorter refuelling time.”

“Vehicle manufacturers can offer their customers the best possible vehicle solution for every application. Truck customers [for example] can purchase a vehicle that is best suited for flexible long-haulage.”