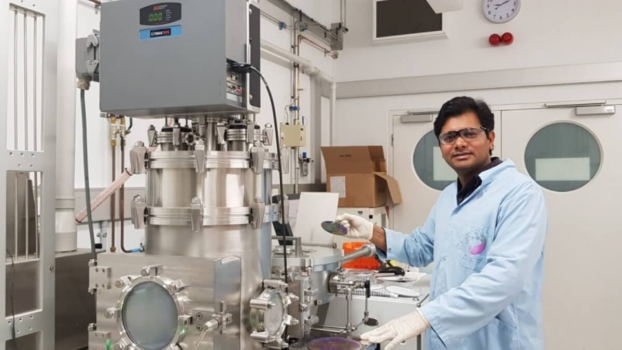 Researchers at the Australian National University (ANU) have achieved a new efficiency record for hydrogen cells that can convert water into hydrogen simply using sunlight.

The unique approach outlined in the ANU study also used inexpensive semiconductor materials and resulted in a 17.6% solar-to-hydrogen efficiency.

“There are significant cost benefits to this solar-to-hydrogen approach as it eliminates the need for added infrastructure that’s necessary when hydrogen is produced using an electrolyser.”

Previous methods of converting water to hydrogen have had a low overall energy conversion efficiency but Karuturi’s research has improved this.

Karuturi says that they are working towards reaching an efficiency of 20% in the coming months, which will pave way for low-cost green hydrogen production.

The research team used a “tandem” light absorber structure- placing a perovskite cell on top of a specially-made Si electrode.

“Together with unprecedented progress in efficiency, the perovskite material has also undergone significant improvement for its stability, making it one of the most attractive candidates for the solar industry,” Shen said.

This new method makes use of noble-metal catalysts such as platinum and Karuturi says that they are working to replace them with cheap materials to further reduce costs in the future.

Another major outcome for the research is that Australia will more efficiently be able to export hydrogen.