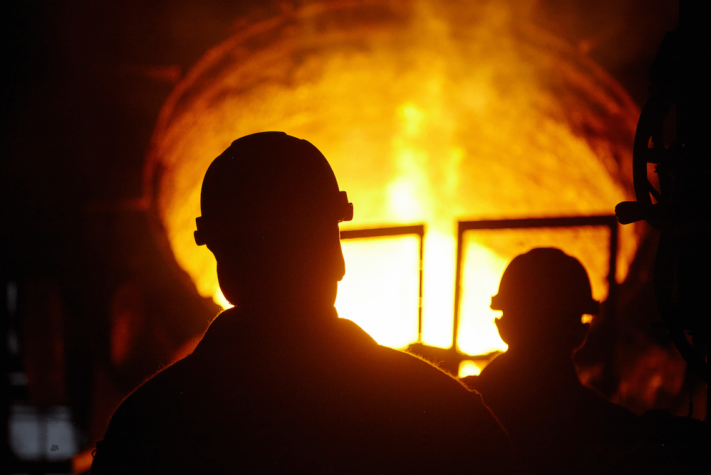 ArcelorMittal will transition its steelmaking plants in Bremen and Eisenhüttenstadt, Germany to hydrogen in line with $1.5bn plans unveiled last week to integrate the zero emission fuel of the future into the northwest German coastline.

ArcelorMittal plans to build a large-scale industrial plant for the direct reduction of iron ore (DRI) and an electric arc furnace (EAF) in Bremen, as well as an innovative DRI pilot plant and EAF in Eisenhüttenstadt.

In Bremen, ArcelorMittal initially plans to use natural gas initially for the DRI, and later hydrogen from electrolysis with the hydrogen produced to be made available as part of the regional North German Clean Hydrogen Coastline network.

The sponge iron produced in the Bremen DRI unit will initially supply the steelworks in Bremen and Eisenhüttenstadt, until the regional hydrogen cluster in East Brandenburg can also supply the Eisenhüttenstadt site with sufficient hydrogen.

In the transition phase, the additional hydrogen required in Eisenhüttenstadt will be generated from natural gas with the help of a pyrolysis plant that will be built on the steel plant’s premises.

Read more: European Hydrogen Backbone: How a dedicated hydrogen infrastructure can be created

With the proposed plans, ArcelorMittal’s sites are set to produce up to 3.5 million tonnes of steel at its Bremen and Eisenhüttenstadt sites with green hydrogen by 2030, generating much lower CO2 emissions.

Although dependent on how much hydrogen is available for the process, it has been identified that 5 million tonnes of CO2 could be saved.

The technology conversion requires investment in the range of €1-€1.5bn and could result in production costs that are around 60% higher compared with today.

Reiner Blaschek, CEO of ArcelorMittal Flachstahl Deutschland, said, “With our concept for the transformation of the plants in Bremen and Eisenhüttenstadt, we are accelerating the implementation of carbon-neutral steel production.”

“These projects have the potential to have a significant impact in reducing CO2 emissions, in line with the European Union’s climate commitments.”

In Germany, the group already operates Europe’s only DRI-EAF plant in Hamburg, where the switch to using hydrogen instead of natural gas in the iron ore reduction process is being prepared.

ArcelorMittal’s objective is to reach industrial commercial maturity of the technology by 2025, initially producing 100,000 tonnes of sponge iron a year.