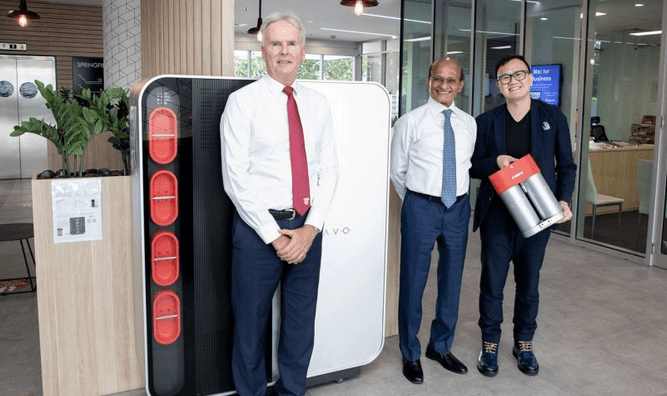 Springfield City is one of the largest master-planned privately constructed cities in Australia, located 28km from Brisbane in Queensland.

LAVO said the facility will be Australia’s first to produce the Nedstack fuel cell, a critical component of the LAVO System.

Launched in September 2020, LAVO says its LAVO System is the first and only commercial-ready hydrogen energy storage system in the world designed for everyday use by residential homes and businesses.

Construction of the facility is expected to begin in the third quarter of 2021, with a targeted timeline for completion by the first quarter of 2022 and start of production later in the same year.

LAVO said it has also agreed to work together with Springfield City Group (SCG), master developer of Springfield City, to identify co-development opportunities in the city, including deployment of LAVO technology across residential, industrial and commercial environments.

Deployment of the LAVO System in Springfield City is expected to begin in July 2021 as part of the LAVO pilot program.

As our relationship grows, we look forward to exploring many more opportunities to apply LAVO’s technology and expertise more broadly to deliver on our strategic nation building initiatives.”

The demand for hydrogen technology is booming globally, with investment forecast to increase from US$150 billion annually to more than US$2.5 trillion by 2050.

LAVO and Nedstack to localise fuel cell production in Australia