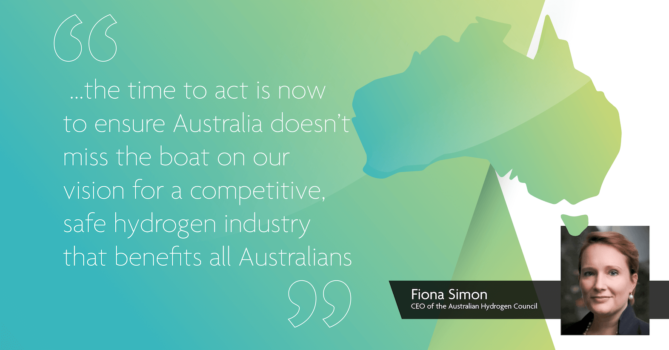 Australian Hydrogen Council CEO: The time to act is now

In the six months since Fiona Simon took on the role of CEO of the Australian Hydrogen Council, she has not only overseen the association’s rebrand and significant growth, but she has also been party to the widespread activity currently going on at national and state level.

“There’s been a lot going on – not just for me but for the entire Australian hydrogen industry,” she enthuses to H2 View in her first exclusive interview with us.

Australia’s Federal Government unveiled its National Hydrogen Strategy in November (2019), setting out a clear vision for a clean, innovative, safe and competitive hydrogen industry that benefits all Australians by 2030.