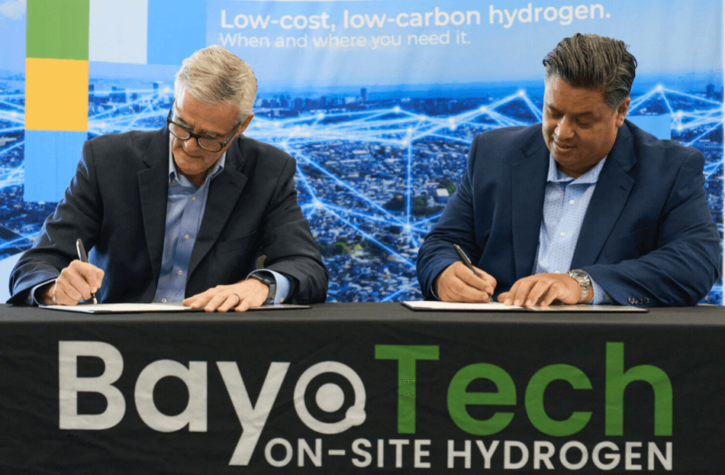 BayoTech has today (Sep 30) inked a new deal with Emerson to enhance its hydrogen production units with advanced automation technologies, software and products.

Part of a wider effort to accelerate hydrogen production worldwide, the partnership is set to benefit both Bayotech’s withstanding units and units that are yet to be developed.

At present, the company’s modular hydrogen generation units produce up to 1,000 kilograms per day, enough to fill as many as 200 hydrogen fuel cell vehicles.

Through the utilisation of Emerson’s programmable logic controller and edge control technologies technology, remote monitoring and Microsoft Azure IoT Suit, BayoTech will now be able to operate and monitor all of its facilities remotely from its Albuquerque, New Mexico headquarters.

On the enhancement, Mo Vargas, CEO of BayoTech, said, “BayoTech plans on becoming the largest distributed hydrogen company in the world. “Emerson’s advanced technology is the right choice to support our vision of disrupting the established centralised hydrogen supply chain with a new, highly efficient model of local autonomous production hubs.”

Mike Train, Chief Sustainability Officer of Emerson, added, “Across the globe, industries and organisations are searching for sustainable solutions to solve their most pressing problems. Emerson’s agreement with BayoTech accelerates the development and adoption of hydrogen at scale as a critical step forward in diversifying our global energy mix.”

BayoTech and BIOVIC to jointly develop hydrogen projects in Spain