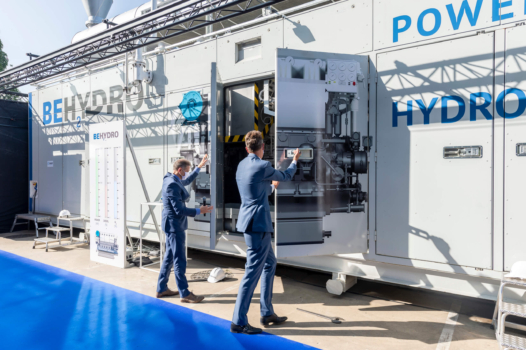 Having been in the making for just over three years, BeHydro has now launched its first hydrogen-powered dual-fuel engine with a capacity of 1 megawatt (MW).

H2 View reported in August last year that the plans for the commercial launch of the engine was shaping up and could be expected in 2020.

Over the past three years BeHydro has developed, produced and extensively tested a dual-fuel (diesel-hydrogen) engine with a capacity of 1 MW. Based on this technology, larger engines of up to 10 MW can also be produced.