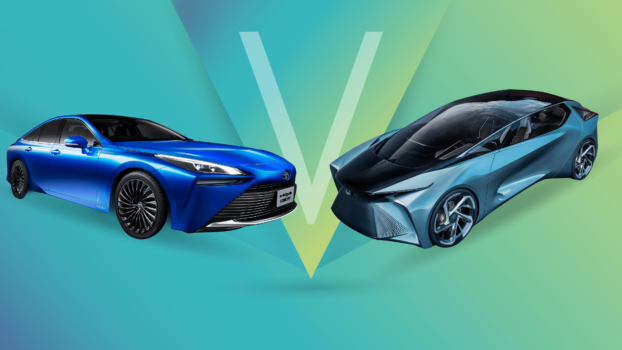 BEVs vs FCEVs: What way will the automotive go, as the world goes green?

In the past, buying a car has been a relatively straight-forward economic decision – the choice between a diesel or gasoline engine depending on your mileage; and size being a matter of both taste and budget. As the world looks to “go green” consumers now face a very different kind of proposition.

With the need to secure a “green recovery” in a post-COVID-19 world, Germany’s recently published Economic Stimulus Package is pushing firmly in the BEV direction – doubling the existing subsidy to €6,000 on a vehicle up to the value of €40,000; providing BEV carmakers with a further €2 billion in R&D funding; obliging all petrol stations to offer BEV charging; and providing a further €2.5 billion towards battery cell production and charging infrastructure.

Despite the challenges associated with BEVs – “range anxiety”; availability of charging points; and charge time, to name just a few – the short-term incentives would appear to make this technology the more attractive option. But is this the smartest long-term bet?

Alongside the Economic Stimulus Package and the whole host of incentives for BEVs included within this, Germany has also recently published a National Hydrogen Strategy. Whilst the strategy does not offer the same level of short-term incentives for the development of FCEVs, the long-term bet may be on this newer technology.

Creating the demand for hydrogen holds the key to ensuring that the hydrogen economy – including the potential for FCEVs – really takes off. Germany’s Hydrogen Strategy quite rightly focusses on the development of green hydrogen, using this to decarbonise – before now – hard to abate sectors of the economy, including heavy industry, shipping, aviation and heavy-duty transportation.

At present, green hydrogen represents something of a market failure – the price of the fuel is too high to drive demand, whilst conversely, the fuel won’t become cost competitive until demand increases, allowing supply chains to achieve the economies of scale required to drive costs down.

Those hard to abate sectors of the economy represent huge potential demand centres for green hydrogen and will require huge amounts of the fuel to decarbonise. This will provide green hydrogen supply chains with precisely the opportunity needed to make strategic investments – in production, transportation, storage and other critical infrastructure – achieving the economies of scale required to drive down costs and reach a cost competitive price.

Once demand centres have been penetrated, economies of scale reached and cost competitive green hydrogen prices achieved, the stage will be set for the hydrogen economy to progress even further. From a road transportation perspective – beyond heavy-duty vehicles – fleets represent a real opportunity to tap into a further demand centre for green hydrogen. Across Europe, many projects are already underway to trial and deploy hydrogen busses, taxis and private hire vehicles, spurring on investment in refuelling stations and other infrastructure that will be critical to the roll-out of FCEVs further afield.

So, back to our original question – which car should I buy… BEV or FCEV?

For the time being the BEV is most certainly the front running. However, interpreting the situation as a straight shoot-out, BEVs vs. FCEVs, is short-termist and fails to see the bigger picture. In reality, both will play a role in the future of mobility, even if they depend on different infrastructure.

The potential success of FCEVs will depend much more on the overall success of the broader hydrogen economy – creating the demand, scaling-up production and overcoming the current market failure to enable cost competitive green hydrogen to flourish. Meanwhile, BEVs appear to be benefitting from the current market framework and incentives. While we look to transition to a more robust, integrated hydrogen economy, we will need to be conscious of the transition in the mobility space too.