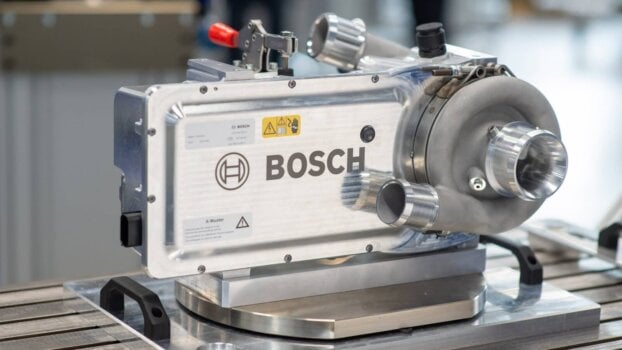 cellcentric, a 50:50 joint venture between Daimler Truck and Volvo Group, has inked a new agreement with Bosch to support its journey of decarbonising heavy-duty vehicles with fuel cells.

Formalising the agreement on Thursday (June 17), Bosch said it will supply cellcentric with electric air compressors which will act as a key component of fuel cell systems which are set to feature in heavy-duty trucks and stationary fuel cell applications.

The news follow’s cellcentric in April stating that is had started conceptualising a plan for large-scale series production of fuel cells.