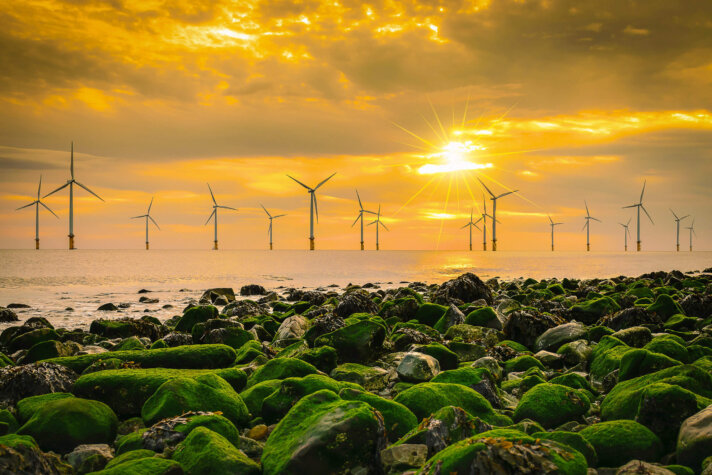 BP and its partner EnBW have submitted a transformational bid for 2.9GW offshore wind lease in the North Sea that could see £10bn ($13.7bn) of investments and the support of green hydrogen production.

The consortium has applied for a lease area off the east coast of Scotland that could support offshore wind projects with 2.9GW generating capacity.

However, the bid goes beyond developing wind power and will aim to support the production of green hydrogen in addition to accelerating Scotland’s entire energy transition.

Read more: BP targeting 1GW of hydrogen production in the UK by 2030

Should the bid be successful, it could potentially bring £10bn ($13.7bn) of investments into Scottish offshore wind projects and supporting infrastructure including ports, harbours and shipyards.

BP would also use its unique business model to invest in net zero industries such as green hydrogen production and electric vehicle charging network.

The bid represents a significant contribution to the development of Scotland’s offshore renewables infrastructure.

Dev Sanyal, Executive Vice-President for gas and low carbon at BP, said, “Through our bid we aim to do far more than only develop offshore wind – we believe it can help fuel Scotland’s wider energy transition.

“We want to harness the clean power from Scotland’s offshore wind and use our capabilities as an integrated energy company to accelerate the country’s EV charging network, build its hydrogen offering and strengthen its supporting infrastructure, including ports and harbours.

“This will all take the right skills and abilities. The bid would build on Scotland’s deep experience in offshore oil and gas, equipping its workforce and supply chain with renewable capabilities, including creating apprenticeships, and supporting thousands of jobs.

“All of this is aimed at helping generate community wealth and creating a just transition in which people and communities do not get left behind.

“BP has proudly been in Scotland for a century. We believe this bid has the power to support a resilient clean energy future for Scotland for the next century and beyond.”