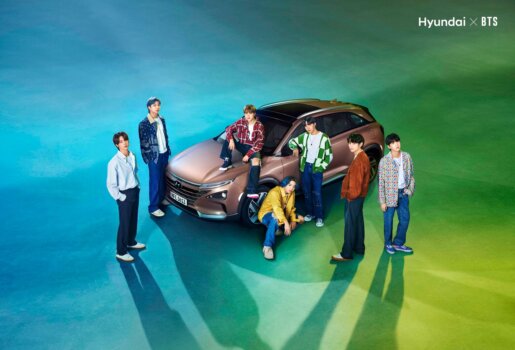 The video, titled ‘For Tomorrow We Won’t Wait’, is part of a campaign that aims to captivate the audience and spread awareness for not only sustainability but the global hydrogen movement, showcasing the NEXO’s qualities and strengths in comparison to diesel and petrol SUV’s.

This is shown in the video with the band members travelling in the hydrogen-powered SUV and participating in several clean, eco-friendly activities that can be part of daily life such as removing trash from the oceans or drinking out of reusable tumblers.

The video follows on from a similar campaign, under the slogan ‘Because of You’ from last year, which also featured BTS; this was seen as successful generating 100 million views on YouTube.