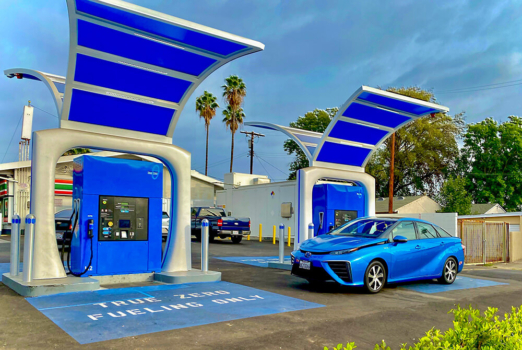 California’s hydrogen station network could be self-sufficient by 2030

California’s hydrogen station network could be self-sufficient within the next decade with $300m or less in state support beyond the Assembly Bill 8 alternative fuel and vehicle technologies funding programme.

That’s according to a new report released by the California Air Resources Board (CARB), which highlights that in 2020, an additional 94 stations were proposed for the state through the Energy Commission’s latest grant solicitation programme.

Signed into law in 2013, Assembly Bill 8 funded at least 100 hydrogen stations serving passenger vehicles, however, due to decreased station costs, and changes to the Low Carbon Fuel Standard, more than 170 hydrogen stations have now been funded.

On the report, Bill Elrick, Executive Director of the California Fuel Cell Partnership (CaFCP), said, “California is a leader in the rollout of zero-emission vehicles, including fuel cell electric cars.