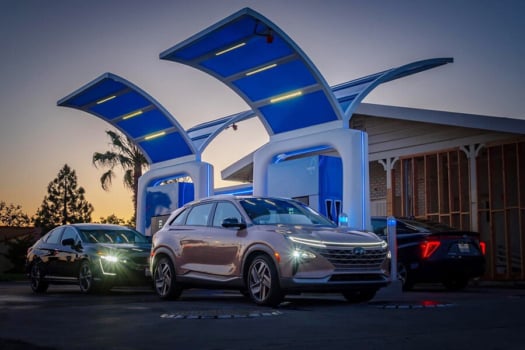 Developed by FirstElement Fuel, it is California’s largest capacity station to date (1,200kg of hydrogen per day) and has a total of five nozzles – four H70 nozzles and one H35 nozzle.

The next largest station for passenger cars is the True Zero station in Oakland (800kg of hydrogen per day), whichh opened in late 2019.

With four fuelling positions, three cars will be able to fuel simultaneously, increasing the number of vehicles served in a shorter time.