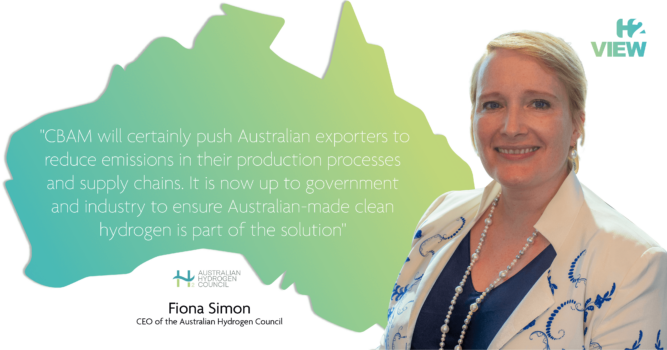 CBAM signals opportunity for hydrogen in the move to net zero

Let there be no doubt – the EU is serious about fighting climate change. The recent unveiling of a suite of policy proposals, under the name The Green Deal, shows the EU’s determination to reduce greenhouse gas emissions by at least 55% by 2030, and make Europe a climate-neutral continent by 2050. The Carbon Border Adjustment Mechanism (CBAM) is a key part of this package and has caused a flurry of commentary.

The EU characterises the proposed CBAM as a tax on emissions-intensive imports to ensure a level playing field between imports and locally produced goods. However, the Australian Government believes the CBAM may be in breach of World Trade Organisation rules.

Think tanks are weighing into the debate, with The Grattan Institute arguing that it’s an unprecedented measure, and warning that it could be taken up elsewhere. Their predictions were correct, with the US Democrats announcing a polluter import fee, which does what is says on the tin. It’s a proposed tax on imports from high-polluting countries.

The EU defends CBAM on the basis that it does not want to disadvantage locally produced goods that may be more expensive because of domestic carbon prices, or the use of technologies that are cleaner.