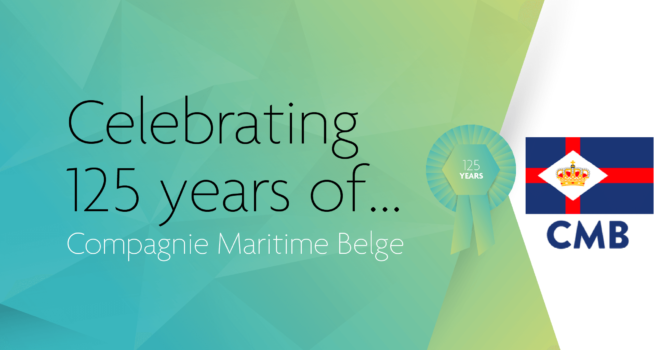 A pioneer in the field of hydrogen power for shipping, Compagnie Maritime Belge (CMB) today celebrates its 125th anniversary.

Founded in 1895 as a shipping line linking Belgium and the Congo, today CMB is a privately-owned company based in Antwerp, with offices in Singapore, Hong Kong and Tokyo.

The Belgian shipping giant is currently building a hydrogen-powered tug for the Port of Antwerp, which CMB says is the world’s first.

Called Hydrotug, it will be driven by combustion engines that burn hydrogen in combination with diesel and is expected to be operational within two years.

In celebration of its anniversary today, CMB has pledged to completely offset all of its carbon emissions from 2020.

Furthermore, CMB said it will invest in new technologies to operate a zero carbon fleet by 2050.

“CMB is of the opinion that it can achieve zero carbon emissions from its shipping operations in 2050,” the company said.

“Even though many low and zero carbon technologies are still in the early stages of their development – and today there are unfortunately no economically viable alternatives to diesel – CMB is convinced that the shipping industry will find solutions to provide zero carbon shipping by 2050.”