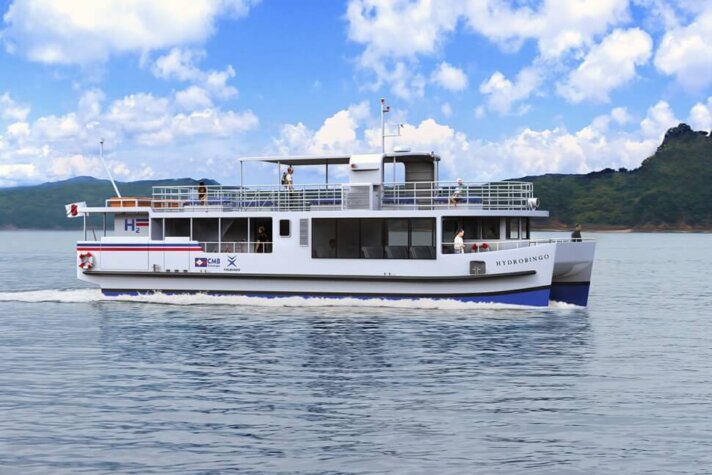 Under the name JPN H2YDRO, the joint venture will see the development of a hydrogen internal combustion engine and a new hydrogen tugboat, HydroPhoenix.

In addition to this, the companies have already cooperated in the HydroBingo project, which is aiming to develop a next generation, 80 passenger ferry that will use hydrogen as marine fuel for its propulsion.

The joint venture will also develop hydrogen internal combustion engine (H2ICE) technology for the wider Japanese industrial and marine markets which the companies hope will support the transition to zero carbon emissions.

These attempts will be guided by CMB’s subsidiary CMB.Tech that has built up extensive knowledge on the application of dual fuel and monofuel hydrogen engines.

To accelerate the adoption of this hydrogen technology, CMB and Tsuneishi have agreed to invest additional capital into the joint venture, and establish a H2ICE Application Centre in Japan.

Furthermore, both companies will also focus on the development of hydrogen-powered equipment for the land-based port industry and ships of different categories, such as support ships for offshore wind farms.

The joint venture also includes an agreement that will see CMB’s wide variety of hydrogen-powered engines, such as the 1MW dual fuel hydrogen diesel engine ‘BeHydro,’, imported to the Japanese market by Tsuneishi.

Roxane de Bilderling Ambassador from the Embassy of Belgium, said, “I was particularly pleased to hear about the business partnership between the three companies and I believe that this partnership will enhance the business case for hydrogen fuel propulsion engines in the shipping industry in Japan and support the green growth strategy of the Japanese government.”