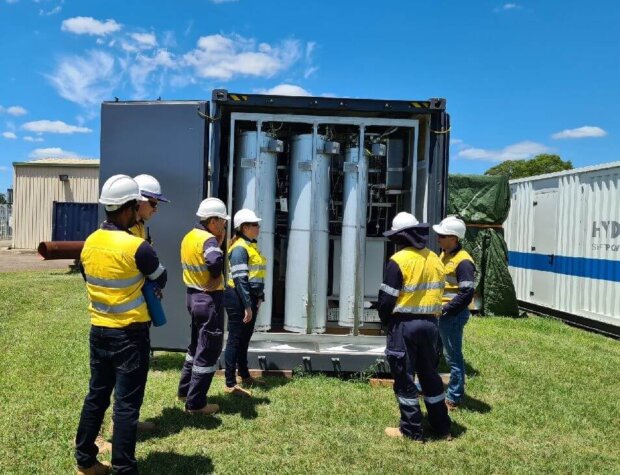 A portion of hydrogen produced as part of the trial will be diverted to a gas engine generator to generate electricity to be exported back into the grid, with hydrogen off take made accessible for use in an onsite hydrogen fuelling station for fuel cell vehicles.

“In the future Australians will need to decide what to do with excess renewable energy on very windy or very sunny days,” said Frank Tudor, Managing Director of Jemena.

Jointly launched in 2018 with the federal government’s Australian Renewable Energy Agency (ARENA), the project is Australia’s most comprehensive hydrogen demonstration and will test three areas: the generation of hydrogen gas from solar and wind power; the storage of hydrogen in existing assets; and provide off-take for the vehicle industry.

In July 2020, H2 View asked Jemena’s Managing Director Frank Tudor some key questions on the project. If you missed that interview, read it again here.