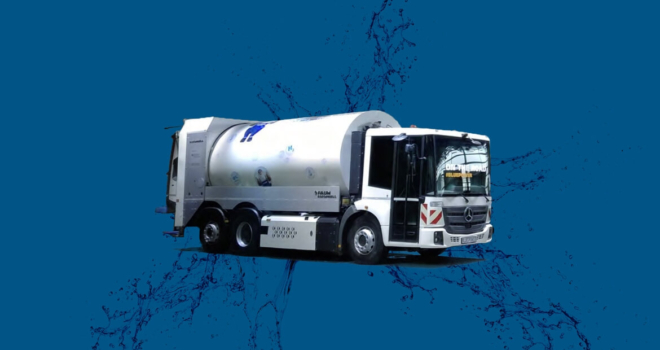 At the time of publication, Cummins had provided more than 20 fuel cell power modules, referred to as fuel cell “engines” to a range of builders across Europe.

As part of its commitment, the Columbus-based company has recently supplied fuel cells to power waste collection vehicles and sweepers FAUN as part of their electric refuse truck programme.

Each of the trucks contained three fuel cells with an output of up to 30kW per cell. Each truck has up to six hydrogen tanks, with a capacity of four kilograms of hydrogen per tank.;

The total weight of each vehicle is equal to that of a refuse truck equipped with a conventional engine, meaning payload is the same. The truck will soon be deployed on German roads.

Further strengthening its presence in the fuel cell and hydrogen market, Cummins had joined 43 other companies and pledged their support for the ‘Joint call for the deployment of hydrogen fuel cell trucks’ in Europe.