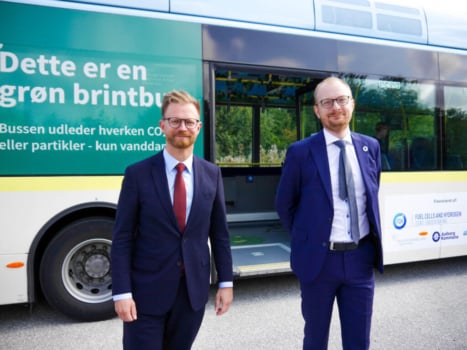 Yesterday marked a new milestone in the transition of public transport in Denmark as the country officially inaugurated its first three hydrogen buses.

Minister of Transport Benny Engelbrecht and Regional Chairman of North Jutland Ulla Astman cut the red ribbon of both the buses and the refuelling plant yesterday.

Built by Belgian bus manufacturer Van Hool, with fuel cell modules produced by Canada’s Ballard Power Systems, the three buses have been in operation since April.