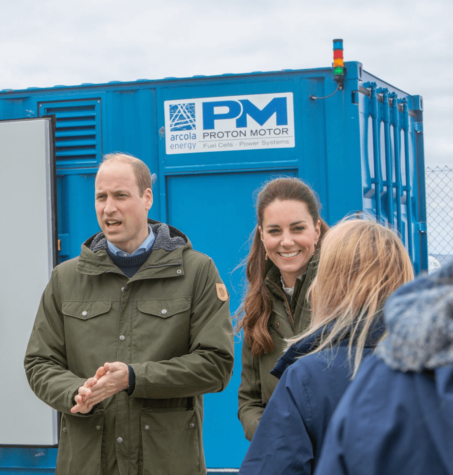 The Duke and Duchess of Cambridge visited the Orkney Islands, Scotland to learn more about Proton Motor’s hydrogen fuel cell system that can provide 75kW of electric and thermal clean power to vessels.

The unique hydrogen fuel cell system, developed by Proton Motors, allows ship engines to be switched off when in harbour, reducing noise and air pollution as well as achieving zero greenhouse gas emissions.

The thermal power provided by the hydrogen fuel cell is also used as heating for the harbour buildings.

The Royal couple viewed the hydrogen tube trailers that are utilised at thew Kirkwall Pier that transport green hydrogen by ferry from the outlying islands to the harbour where it is then used for the Proton Motor hydrogen fuel cell.

In addition to this, the Royal couple also visited the ‘European Marine Energy Centre’ to learn more about pioneering green hydrogen deployments in the ocean energy industry.

Orkney hydrogen strategy out for consultation