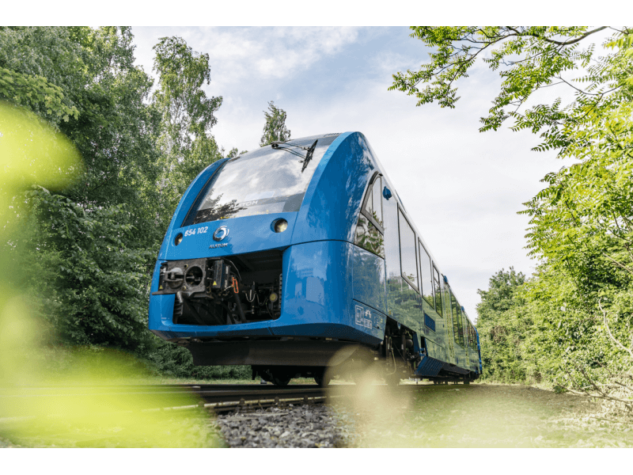 €190m order to bring hydrogen trains to regions in France

What is believed to be the first order of dual mode electric-hydrogen trains has been made today (8th April) for the Auvergne-Rhône-Alpes, Bourgogne-Franche-Comté, Grand Est and Occitanie regions of France.

Acting on behalf of the four individual regions, SNCF Voyageurs has placed an order with train manufacturer Alstom for the first 12 dual mode electric-hydrogen trains (plus a further two optional trainsets) in the Coradia Polyvant range for Régiolis.

The order, worth a total of almost €190m ($225m), represents a significant step in rail transport’s reduction of CO2 emissions for the benefit of passengers and regions and in the development of a hydrogen ecosystem.

The dual mode electric-hydrogen Coradia Polyvalent train meets the requirements of France’s diverse rail network and has an autonomy of up to 600 km on sections of non-electrified railway.

This four-car, 72m-long train has a total capacity of 218 seats and the same dynamic performance and level of comfort as the dual mode electric-diesel version.

Jean-Baptiste Eyméoud, President of Alstom France, said, “This new order for the French market is fully in line with Alstom Group’s ambition to become number one in the green and smart mobility market and to help roll out an efficient hydrogen ecosystem in our regions.”

Th main appeal for the hydrogen trains is the environmental factors it can provide, including a reduction in both greenhouse gas emissions in addition to noise pollution – both of which were outlined in the French governments Hydrogen plan in 2018.

Jean-Baptiste Djebbari, French Minister Delegate for Transport, said, “France has everything it needs to become a hydrogen champion: the French Government is fully committed to turning this ambition into reality.”

“We will be covering €47m of development costs for France’s first regional hydrogen-powered train. I am delighted that this support has enabled the four partner regions to confirm their order for the first 14 trains.”

Carole Delga, President of the Regional Council of Occitanie/Pyrénées, said, “This is a key moment in our drive for hydrogen in Occitanie. This first order gives the go-ahead for a new era of technological progress at the service of green mobility with the liO regional public transport service.”

“The Occitanie Region is the only one committed to the four greening solutions for its regional trains (Régiolis Hybrid, battery train, bioGNV, hydrogen) and will welcome the three hydrogen Régiolis trains on the Montréjeau – Luchon line which we are going to reopen by 2025.”

In addition to the deal, other French regions have already expressed interest in the second phase of the project.