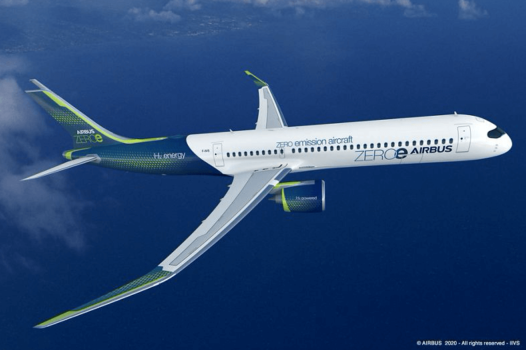 The two companies will work together to initially develop and validate aviation-compatible fuel cell stacks in the coming years.

The partnership includes the creation of a joint company which ElringKlinger said it will own a non-controlling interest in and Airbus will hold the majority stake.

ElringKlinger said it will provide the newly established company with access to technology relevant to hydrogen-powered fuel cells, while in turn receiving compensation in the low to mid double-digit million euro range.

The news follows the unveiling of Airbus’ hydrogen-fuelled passenger planes, ZEROe, last month which could be service by 2035.

A pure battery-powered propulsion unit quickly reaches its limits for certain applications in the aviation sector, such as over longer distances or for larger aircraft, due to the limited power capacity at a given weight.

Fuel cells, on the other hand, represent a powerful alternative because they generate the required energy efficiently on board.

“All in all, fuel cells can reduce emissions in aviation by a considerable margin,” said Dr. Stefan Wolf, CEO of ElringKlinger.

“This is just one of the reasons why there is significant market potential for our technology, which confirms our strategic path of the last two decades.”