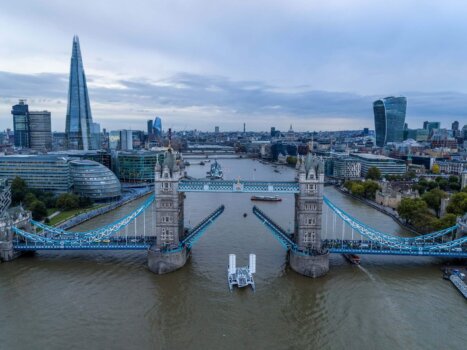 After more than 18,000 nautical miles covered since its launch in June 2017, Energy Observer reached the British capital yesterday – its final stopover of its 2019 Northern Europe tour – and H2 View was there to see it sail under the iconic Tower Bridge.

The vessel will be docked under Tower Bridge until Sunday 13th October. It is accompanied by its travelling exhibition installed at St. Katherine Docks, which is freely accessible to the general public.

Over its six-year journey, Energy Observer will visit 50 countries, totalling 101 stopovers. The mission of this world tour, led by Victorien Erussard and Jérôme Delafosse, is to test the energies of tomorrow under extreme conditions, while navigating toward concrete solutions for the planet.