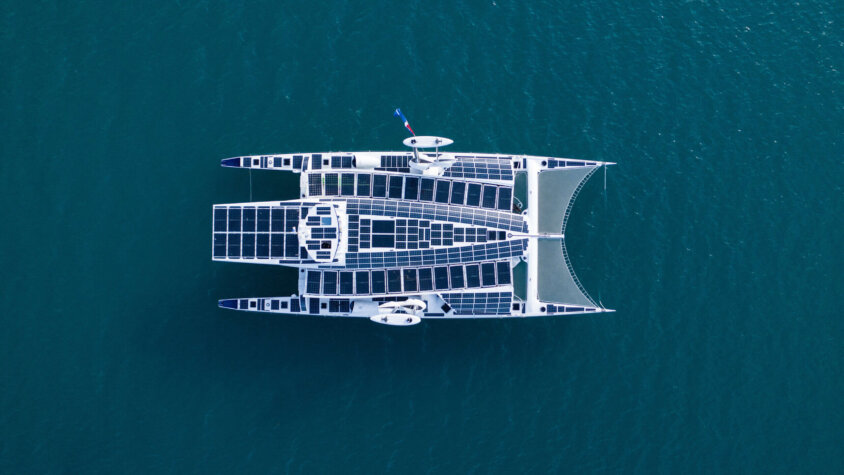 An ambassador for the hydrogen revolution, Energy Observer will soon make landfall on the Californian coast, after a one-month sea passage from the Galapagos Islands, a Unesco biosphere reserve.

The venture will see Energy Observe make a stopover in Long Beach and then San Francisco, before continuing on her journey to Hawai’i. During these stop overs, the vessel and its crew will be welcomed by the likes of the California Fuel Cell Partnership, Toyota and Air Liquide.

Such stopovers present a prime opportunity for the crew, headed by Victorien Erussard, to document the numerous initiatives fronted by the state of California, a leader in hi-tech systems, sustainable energies and innovations for ecological transition.

In its four years since setting sail from her port of registry of Saint Malo in 2017, Energy Observer has been navigating the seas on a round the world Odyssey scheduled to run through to 2024.

The vessel has already covered over 30,000 nautical miles, made 63 stopovers, 15 of which have included her travelling educational village, and visited 29 countries.

“Energy Observer is an experimental platform for tomorrow’s energies. She is an intelligent, revolutionary boat which navigates the oceans without damaging the planet. Her electric propulsion is fuelled by renewable energies: sun, wind and marine currents,” said Victorien Erussard, Captain and Founder of Energy Observer

“However, what makes her unique is her capacity for storing her energy in the form of hydrogen produced from seawater, a technology which enables her to navigate the globe entirely self-sufficiently. Today, it’s important to give innovation meaning and use it to overcome the challenges that humanity is facing.”