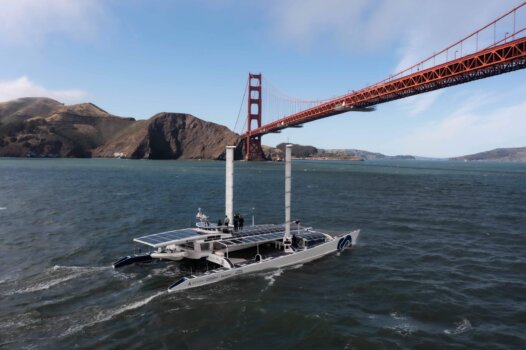 By George Heynes on May 10, 2021
Translate
News Mobility

The hydrogen-powered seafarer, Energy Observer, has reached San Francisco and is expected to stopover from May 10 to 13.

The hydrogen ambassador will register the US city as its 66th stopover in its international Odyssey having made port at California’s Long Beach in April where the boat hosted several of the city’s officials as well as major energy players in the region.

After spending several days punching into some particularly difficult weather conditions in a bid to make headway northwards, the boat of the future slipped under the Golden Gate Bridge and finally entered San Francisco Bay.

The crew received a generous welcome from the Consul General of France in San Francisco and Lieutenant Governor of California, Eleni Kounalakis.