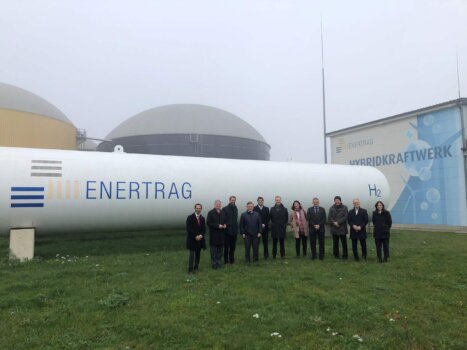 Enertrag welcomed a Uruguayan delegation to its Uckermark, Germany, renewable power plant as the company showcased the potential of green hydrogen production and its exportation.

Revealed today (Nov 4), the delegation led by the Uruguayan Minister of Industry, Energy and Mining, Omar Paganini, Ambassador Gabriel Bellon, and other governmental representatives visited to site to see how Uruguay to extend into the lucrative hydrogen economy.

Uruguay has enormous potential in producing hydrogen with much of the country’s energy already coming from renewable sources such as wind and hydro plants.