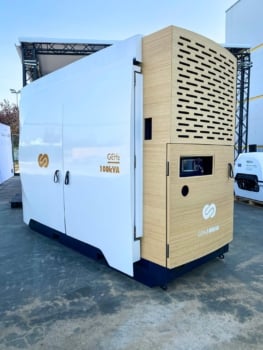 EODev and Eneria have signed an agreement for the distribution and maintenance of the GEH2® hydrogen power-generators and the REXH2® range extenders developed by EODev.

The agreement follows the industrialisation contract for the GEH2® signed between the two companies back in September, therefore confirming the performance of the system which has been in operation on the industrial site of Eneria in Montlhéry for the past six weeks.

Both EODev and Eneria are now pleased the provisions agreed on the initial contract will now progress, with the possibility for Eneria’s teams to distribute EODev’s GEH2®s in France, Belgium, Luxembourg, Poland, Romania, and Algeria.