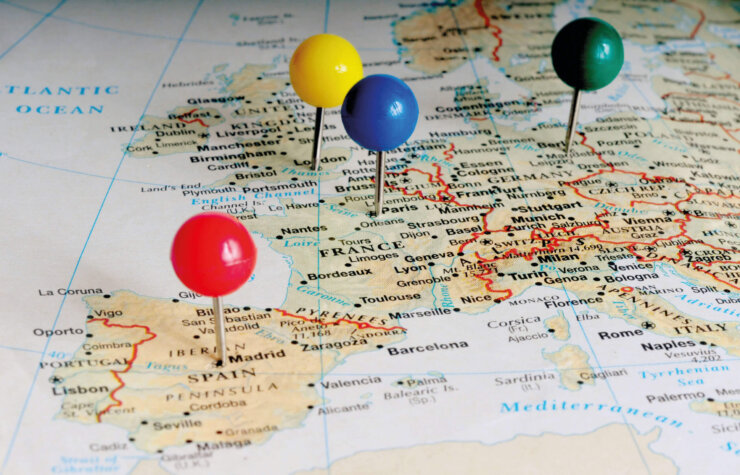 Delta-EE, a specialist energy market research consultancy, has revealed today (June 8) that Europe is on course for 2.7GW of operational hydrogen electrolyser capacity by 2025.

This is seen to be nearly a 50-fold increase on capacity built over the last ten years.

Despite this, Delta-EE has also stated that time is running out to establish projects within the 100s of megawatt scale that is required to successfully achieve an EU target of 6GW by 2024.

The research has been conducted by Delta-EE’s new Global Hydrogen Intelligence Service.

In the last ten years, project activity around clean hydrogen has been growing rapidly with 67 operational projects that include electrolysers and targeting new energy applications developed across 13 different countries.

Read more: Renewable hydrogen could save Europe over €2 trillion by 2050, study finds

These projects offer a total capacity of 56MW, helping to produce an estimated 4,700 tonnes of green hydrogen annually.

The in-depth market research also revealed that almost half of all European electrolyser capacity is currently in Germany with no other country currently having more than 10MW installed.

Despite this, the electrolyser sector is expanding rapidly with first major projects in several countries, such as Spain, the Netherlands and Denmark, expected to be in the 10s of megawatt scale in 2021 and 2022.

This is forecasted to rise to around the 100s of megawatt region by 2025.

A key factor expected to contribute to this growth will be the increased manufacturing capabilities of electrolysers manufacturers with Delta-EE referencing Nel Hydrogen, ITM Power, Cummins and McPhy as capable of producing 100s of megawatt, if not gigawatt of electrolysers a year.

Dr. Robert Bloom, Service Manager for Delta-EE’s Global Hydrogen Intelligence Service, said, “There are two sides to this story. On the one hand, this is incredibly rapid growth of a key technology for net-zero targets; on the other, it’s still well short of the tremendously ambitious national and EU targets that have been set.

“The current project pipeline is driven almost entirely by EU or national funding with project stakeholders targeting use-sectors where state aid is strongest.

“With the huge amounts of capital made available through various national hydrogen strategies, the EU green deal and IPCEI hydrogen, we expect to see many more projects added to the pipeline.”