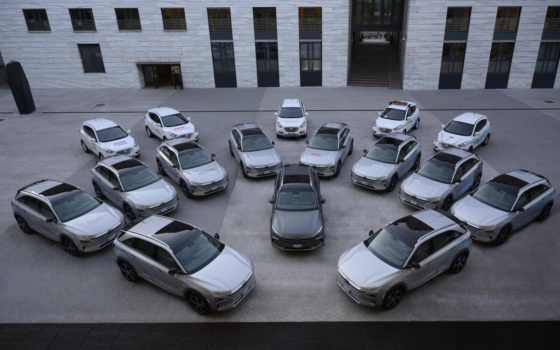 Hyundai’s second-generation FCEV NEXO is being used in police forces in England and Germany.

Surrey Police in south east England have one NEXO in their fleet and the police force in Osnabrück, Germany, also recently brought a NEXO police car into service.

The police in Bolzano, Italy are already using the NEXO predecessor ix35 Fuel Cell as a patrol car, and recently they added a fleet of NEXO to patrol emissions-free on the polluted Brenner Autostrada.

NEXO’s fuel cell stacks are powered entirely by hydrogen and it emits water vapour as its only emission.

With a short refuelling time and a range of up to 666km, it is perfectly capable of meeting the needs of police forces while at the same time protecting the environment.

NEXO is powered by a 95kW hydrogen stack and has a maximum speed of 179km/h.