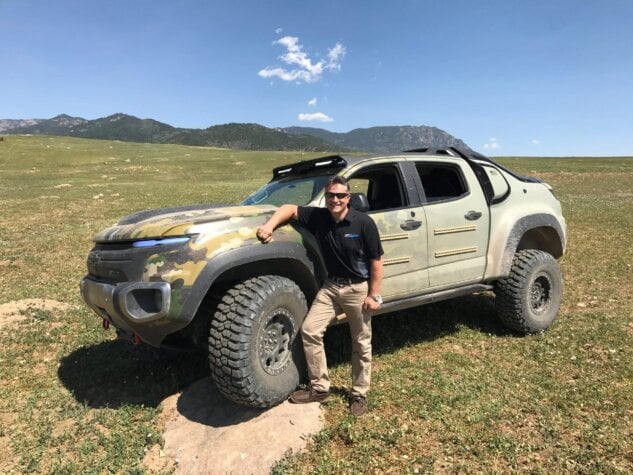 Arguably one of the world’s largest motor vehicle manufacturer, GM doesn’t currently have any hydrogen fuel cell passenger vehicles on the market. But Charlie Freese (pictured above), Executive Director of GM’s Fuel Cell Business, said there are plans in the pipeline for other applications where fuel cells bring better value.

“I think what’s exciting is we are trying to solve customer problems while having a sustainable business case,” Freese told H2 View.

“There are challenges that have affected many different attempts to put hydrogen and fuel cells into the marketplace. And that is a very tough road to follow if you’re basically not establishing a sustainable business model to go with the technology.”

He continued, “It’s hard to scale quickly and grow that infrastructure and the products portfolio, so by focusing on bigger applications requiring high uptime, carrying heavy payloads, and quick refuelling, like Class-8 trucks, we can continue to drive the volumes higher while bringing the cost of the hydrogen down, which makes it more affordable in even the smaller applications. We’re also advocating for hydrogen generated at point of use, helping to establish the infrastructure along with the propulsion solution.”

“GM is looking for clean energy solutions across the gamut of different vehicle segments, and hydrogen makes the most sense starting with big commercial vehicles. We are looking at a sustainable hydrogen fuel cell ecosystem for land, sea and air applications.”

Hear more from General Motors in H2 View’s upcoming April magazine, in which Charlie Freese shares the company’s rich history in hydrogen fuel cells, highlighting that the technology’s future potential is not only across land, sea and air applications, but also stationary power and energy storage.