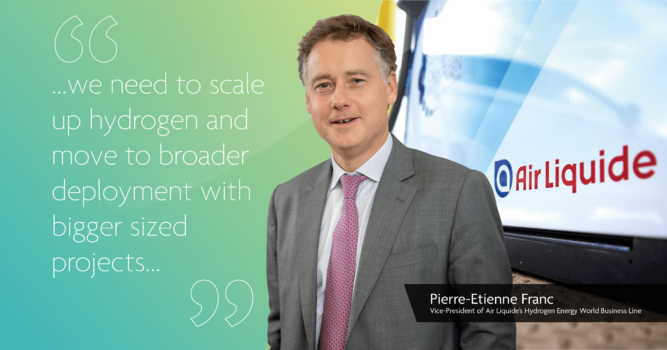 Hydrogen is a technology in which France must invest more in the years to come.

This was the resounding message from a round table on hydrogen, hosted by Air Liquide, which brought together several big names in French and international industry, as well as French Ministers Elisabeth Borne (Environment and Energy) and Bruno Le Maire (Economy and Finance).

Held at the end of November, the round table also discussed how hydrogen could become a key part of a new action plan being developed in France in an attempt to boost its industry.

Set to be unveiled in early 2020, the “Productive pact” is being developed in consultations with unions, businesses, lawmakers and the public.