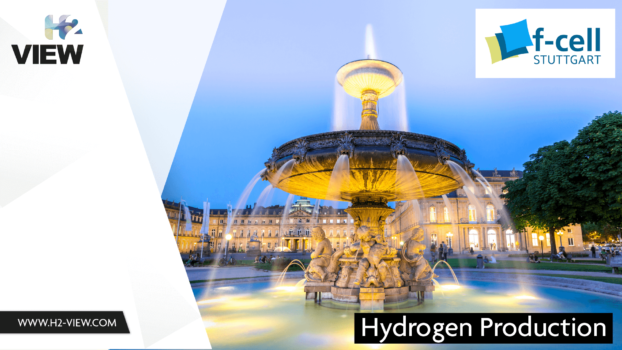 f-cell: Green hydrogen – the missing piece of the puzzle

“We are talking about a paradigm shift,” Thomas Chrometzka, Head of Strategy at Enapter, said as he began his presentation during one of f-cell Stuttgart’s afternoon sessions.

“When we look at the energy sector and how things have changed, the first major paradigm shift was brought by renewable energy in the way that energy was being conceived. The solar panel/wind energy created the term and have ultimately had major implications on supply chains for energy,” Chrometzka continued.

“But power consumption is only 20% of global energy consumption. The rest is actually in fuels and gases.”

“If we think about hydrogen and what it means, particularly green hydrogen, it is a way to decarbonise fuels and gases and I think it will contribute majorly to completing the circle and rounding up what the solar panel has initiated.”

“It will basically create a new environment, a new paradigm shift on how energy is supplied and delivered. Not only energy but also industrial feedstocks amongst other things.”

“When we see green hydrogen, we think it is the missing piece of a puzzle that we are trying to solve. That’s why we started to do what we’re actually doing.”

Chrometzka was the first of three speakers in the Hydrogen Production session, a panel about electrolysis and the certification of hydrogen.

He showed delegates a graphic of the implications of the paradigm shift he was talking about.

“What we see here is the scale of European generation, electricity generation projected for the years 2019-2050. It basically shows how we are moving away from large-scale generation to much smaller unit sizes. Where generation is largely between the 1-10GW range for installed systems, we’re shifting towards the 10-100MW range,” he highlighted.

“We see us as a company that is offering a product in a market that doesn’t have hydrogen as products,” he said.

“We like to compare it to the computer industry in the 1980s where the mainframe was all of a sudden facing a standardised product that was coming into the market, the personal computer, which was an easy to produce, standardised element. And people said from the beginning ‘oh it doesn’t have any computing power’ and ‘the PC doesn’t have any future’.”

“For us, it is a similar approach. In a world where electrolysers are industrial installations, we’re trying to reconceive it as a product that you can actually use like a product.”

A standardised, stackable and flexible system to produce on-site hydrogen, Enapter’s Electrolyser EL 2.1 has a modular design which paired with advanced software integration allows set up in minutes and remote control and management.

The important topic of the certification of hydrogen was presented next by Klaus Nürnberger, Head of Energy Certification at TÜV SÜD Industrie Service.

“The certification systems differ to a greater or lesser extent in terms of the requirements of renewability, greenhouse gas reduction and system boundaries are well as the type of certification,” he said.

“Is certification of hydrogen a necessity? In a purely renewable world, we can say no. In the long run, maybe in 2050, certification should become unnecessary but in the short and medium term it’s quite clear it’s important and it is necessary.”

“Certification should give clear criteria for industry and investors as to which hydrogen technologies are suitable for the future.”

“Last but not least, no double or multiple selling of CO2 reduced hydrogen should happen.”

He highlighted the colour theory of hydrogen in Germany’s National Hydrogen Strategy in which several colours are defined:

Summarising, Nürnberger said in the transformation to a CO2-free future, the certification of hydrogen is absolutely necessary for reasons of climate protection, clear framework conditions for industry and dual marketing.

“There is a need for certification and definition for blue, turquoise and other colourful hydrogen,” he added.