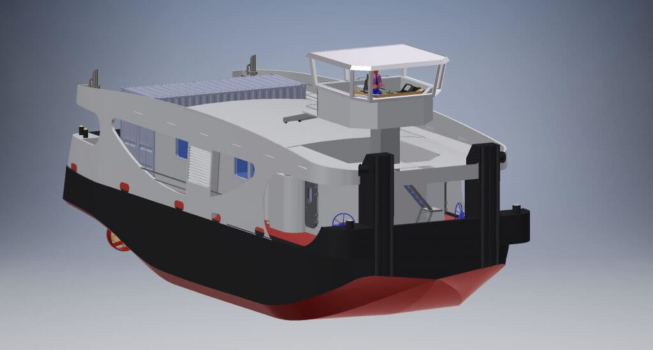 The EU-funded Flagships project is supporting the construction of a hydrogen-powered barge push boat in the French city of Lyon – one that will get its clean hydrogen from the Rhone’s hydroelectric power in a truly virtuous circle.

Experts from several European countries are working together to create one of the most visible and demonstratable commercial hydrogen-fuel cell marine solutions in South France.

The Rhone is more than just one of Europe’s great rivers flowing from the glaciers of Switzerland to the French coastline. It is also one of France’s major trade arteries and a significant source of renewable electricity for the country.

On this 276km stretch between the port of Marseille and Lyon (these cities represent two of the three biggest cities in France) 11 hydroelectric power stations generate clean electricity off the river’s natural power.