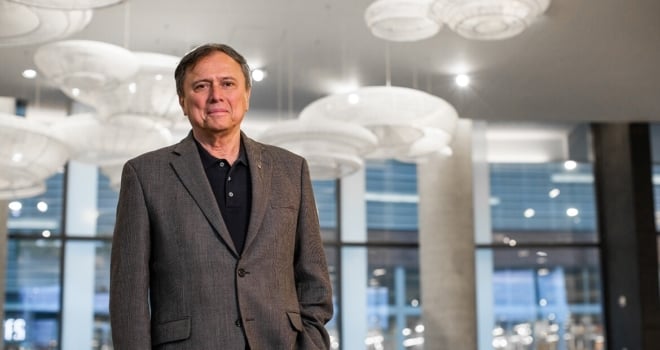 Franklin Chang Diaz: My view from the top

When seeing the Earth from space, you experience many conflicting emotions. At once, it’s a feeling of both power and helplessness. From the window of a spacecraft, you can see the beauty of the Earth, humanity’s spacecraft, our only home — but you can also see how it’s changed over time.

Former astronauts like myself often return from space with a renewed instinct to protect our planet. That’s why, as a Cummins board member, I’m passionate about the company’s venture into hydrogen fuel cells.

In my 25 years as an astronaut, I traveled on seven missions to space. The time I spent watching and observing the Earth and its changes has had a profound effect on my sense of responsibility for helping the planet. To see home while being so far from home is the most beautiful thing — but it’s deceiving to see this beautiful planet and realise all the turmoil that’s happening on the surface.

Over the course of two decades, I saw how the Earth has changed. I saw the cutting of the rain forest in the Amazon basin, fires raging in Africa and the contamination of our oceans and air. We are a species with no redundancy, so if something happens to our planet, we become a history that no one can tell. It’s quite a sobering thought.

As the world looks to decarbonise, Cummins is stepping up to the plate and investing in clean forms of energy, including fuel cells and hydrogen production technologies.

Hydrogen fuel cells have been used for decades in spacecraft. A shuttle in space is actually an electric vehicle, and that electricity is produced in a fuel cell by hydrogen and oxygen. As a byproduct, fuel cells also produce large quantities of pure and clean water. This is the water we drank in space – think of the possibilities! Now, that technology has matured and we’re ready to use it to power the things we do every day, like transit, shipping, package delivery, buildings, homes, and even construction.

Even with the many applications Cummins is exploring, we’ve just barely scratched the surface of the possibilities we can achieve with this promising technology. I envision hydrogen being involved in all power and energy purposes on Earth, including cars, trains, ships, airplanes and spacecraft. It can be a means of energy storage in locations like the moon, in the mining of asteroids and on the surface of Mars. In stationary applications, it can power buildings and data centers. It’s not an overstatement to say that hydrogen as a power source will transform life on Earth as we know it.

As a Cummins board member, part of my responsibilities includes thinking about the long-term future of the company. Where is the company going? Where is Cummins going to be after another 100 years? While it’s hard to tell the future, I believe we can help shape it, I know that Cummins is very well positioned to take advantage of this opportunity with hydrogen technologies, a global footprint today and a planetary footprint tomorrow.