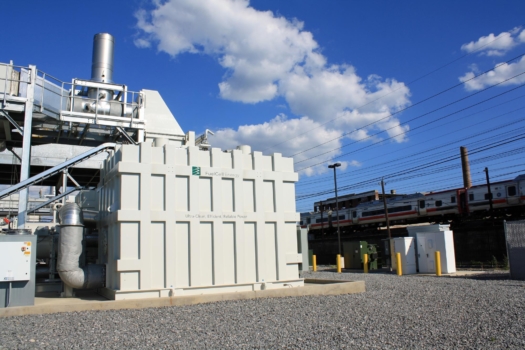 In celebration of National Hydrogen and Fuel Cell Day is the US, FuelCell Energy has shared an update on its various advanced technologies programmes.

Leveraging five decades of research and development expertise, FuelCell Energy has evolved its SureSource carbonate fuel cell technology to focus on hydrogen as a product.

“Our SureSource carbonate fuel cells extract hydrogen from biogas or natural gas through a clean reforming reaction with water that occurs in the stacks’ fuel electrodes,” the company explained in a statement.

“This local production of hydrogen is unique and highly efficient, as key elements needed by the reforming reaction – heat and water – are by-products of the already occurring SureSource fuel cell reactions.”

The SureSource Hydrogen systems are modified to produce extra hydrogen, which is the extracted from the system and purified for a wide range of other uses.

FuelCell Energy’s solid oxide fuel cells can operate in electrolysis mode during the charge cycle, using renewable and other delivered power from the grid to produce hydrogen, which can be stored for later use.

During the discharge cycle, the stored hydrogen is consumed in the fuel cells in power generation mode, returning power to the grid for consumption as needed, particularly when other power resources like wind and solar are not producing electricity.