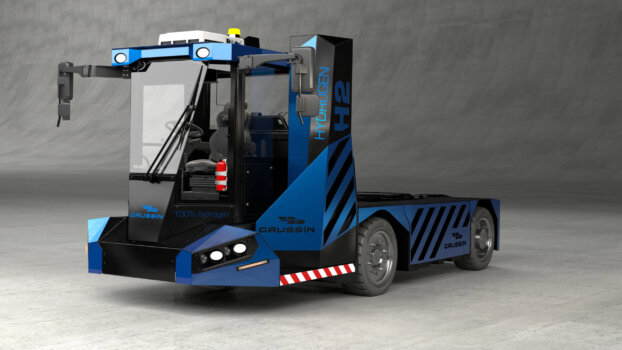 “The transportation sector is a top contributor to environmental pollution, so it’s our obligation to reduce this carbon footprint as quickly as possible, and as the cleanest energy source, hydrogen is the best way to make a significant positive impact.”

Those were the words of Christophe Gaussin, CEO and Chairman of Gaussin, a French engineering company that specialises in smart, zero-emission transport solutions. A dominant innovator in the hydrogen transportation space, Gaussin has this year alone launched multiple hydrogen mobility solutions, but its journey in the space is just getting started.

Speaking to H2 View in a recent exclusive interview, Gaussin said, “I joined the company and assumed the role of CEO in 1995 and the first major innovation of my tenure was to launch a range of tailor-made electric, self-propelled vehicles for specific industries, such as oil and gas, aerospace and others.

“It was also then that we started developing the next generation of battery-electric vehicles as well as new hydrogen fuel cell technology in order to make a full transition to get away from fossil fuels. And we did it: as of 2013, everything we produce or manufacture runs on clean energy only, either electricity, hydrogen or both.”