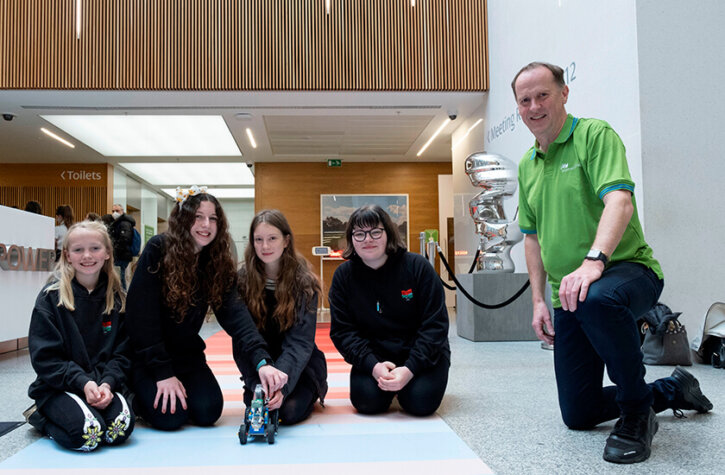 Glen Urquhart High School has been named the winner of the Scottish Schools’ Hydrogen Challenge, having created the competition’s most efficient vehicle fuelled by green hydrogen.

Both a great way to introduce students to hydrogen and highlight the role of the energy carrier, the competition saw Glen Urquhart High School’s Lego-made innovation travel 105-metres with green hydrogen.

The school team was selected from over 4,000 second year students from over 70 schools.

In the lead up to COP26, the challenge was delivered by Arcola Energy and supported by partners ScottishPower, ITM Power, Arup, Abbott Risk Consulting, Opito, the Scottish Cities Alliance and the Hydrogen Accelerator.

Barry Carruthers, ScottishPower’s Hydrogen Director, said, “On the eve of  COP26 we are so thrilled to welcome students to our headquarters here in Glasgow for what has been an incredible grand finale to the Scottish Schools’ Hydrogen Challenge.

“I’d like to congratulate Glen Urquhart High School for their incredible total distance of 105-metres – achieved with Lego and some green hydrogen.

“Green hydrogen is going to prove crucial in Scotland’s work to achieve net-zero emissions by 2045, it can provide the zero-carbon fuel needed where electrification can’t or won’t reach.

“We hope this challenge has helped inspire some of the students we have met over the past few weeks, and I have no doubt we will see some of them in the future helping to lead the way in a thriving green hydrogen economy.”

Dr Graham Cooley, CEO, ITM Power, added, “The Schools Hydrogen Challenge has been an incredible success. We are proud to be working with partners Arcola and Scottish Power, who are as passionate as we are about inspiring the future generation of scientists and engineers.

“We hope all the students who took part enjoyed the programme. Who knows, maybe we will be working with them in the future!”

HyDeploy to power 668 homes, a school and small businesses with hydrogen next month