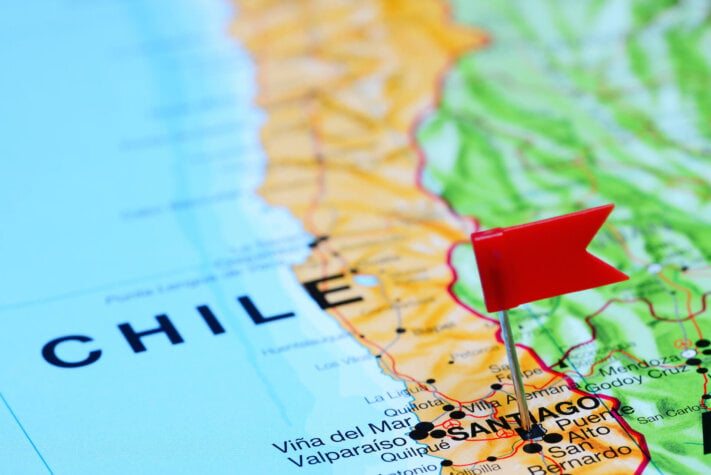 Green hydrogen and low-cost ammonia production being explored in Chile

Chile’s ambition to produce the most cost-efficient green hydrogen globally by 2030 is one step closer.

News of a brand-new partnership that will explore green hydrogen and low-cost ammonia production today (19th Feb) came out of the South American country to accelerate its green energy transition.

Formed of Aker Clean Hydrogen and Mainstream Renewable Power, the collaboration hopes to develop a complete and commercially viable green value chain for the country, using renewable power from Mainstream’s portfolio of wind and solar parks.

According to the project partners, green ammonia produced from the project will be utilised by several end-users locally in South America, and also exported to other markets.

“Hydrogen will play a vital role in accelerating decarbonisation, as it has the potential to significantly cut CO2 emissions by replacing fossil fuel through clean hydrogen and ammonia production and reduce the carbon footprint of industry users,” said Kristian Røkke, Chief Executive Officer of Aker Horizons.

To help push forward the project, Aker and Mainstream will have unique access to additional opportunities through extensive local competence, track record and relationships in the country.

“With its excellent wind and solar resources and technological know-how, Chile has the potential to lead the world in the production of the world’s most cost-efficient green hydrogen,” said, Manuel Tagle, Mainstream’s CEO for Latin America.

“As the country’s leading renewable energy company, Mainstream is delighted to be collaborating with Aker Clean Hydrogen by bringing more than one-gigawatt of our top-class wind and solar asset pipeline to this partnership, thereby taking a leading role in the decarbonisation of the energy, industrial and mining sectors in Latin America.”

Welcoming the project, Juan Carlos Jobet, Minister of Energy and Mining of the Chilean Government, said, “Chile’s potential to become leaders in the production and export of green hydrogen, green ammonia and synthetic fuels will be key for the decarbonisation of Chile and the planet, especially in hard-to- abate sectors, such as industry, heavy-duty transport, and maritime transportation.”

“Our National Green Hydrogen Strategy is beginning to be implemented to translate our vast renewable resource potential into competitive clean energy investment.”

Hinicio and Hans Kulenkampff to accelerate hydrogen development in Chile