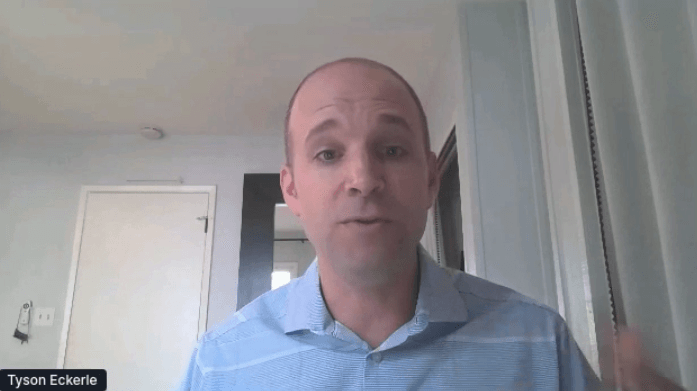 For Tyson Eckerle, Deputy Director of Zero Emission Infrastructure in the California Governor’s Office of Business and Economic Development (GO-Biz), the hydrogen story can be summed up in one word, and that’s opportunity.

Eckerle has spent the past seven years at GO-Biz really pushing zero emission vehicle infrastructure, with a lot of focus on hydrogen stations specifically.

2020 has been a landmark year for hydrogen transportation and infrastructure in California.

Some of the biggest hydrogen developments in California from the past 12 months include the California Air Resources Board (CARB) in June unanimously approving a first-in-the-world rule requiring truck manufacturers to transition from diesel trucks and vans to electric zero emission beginning in 2024.

The Advanced Clean Trucks (ACT) Rule will help slash diesel emissions, improve air quality and paves the way for the adoption of hydrogen fuel cell-powered trucks. By 2045, every new truck sold in California will be zero emission.

The multi-year grant means the stations will be funded in batches over the next five years (2020-2025), with FirstElement Fuel receiving 45% of the funding.

In the same month, California Governor Gavin Newsom issued an executive order restricting new car sales in the state to only zero emission vehicles by 2035 – the most aggressive legislation move taken by any state in the US in the climate change fight.

“We’ve made a lot of progress in California. The bottom line with hydrogen stations is creating a hydrogen network is hard, it’s really hard, but it’s also doable,” Eckerle continued.

“We started with light duty and we have 43 stations that are open and operating in California today that we’re really excited about. We’re bridging into medium and heavy-duty as well.”

“The private sector is really stepping up in a major way and started to take the lion’s share of responsibility for building out that network on the pathway to the 165 stations identified.”

Eckerle said the challenge associated with building out the network is bigger than any one company or agency.

“To do it right you have to take a systems approach,” he told conference attendees.

“Hydrogen at scale is connecting all these sectors, and I think that’s really where the opportunity is.”

“We’re really focused on connecting that green hydrogen supply to our station network in a robust and resilient way.”

Concluding, Eckerle said, “Really, the bottom line is it’s only doable if you have the right tools in the toolbox, and I am absolutely convinced that green hydrogen is a key tool that helps enable us to meet those aggressive targets.”