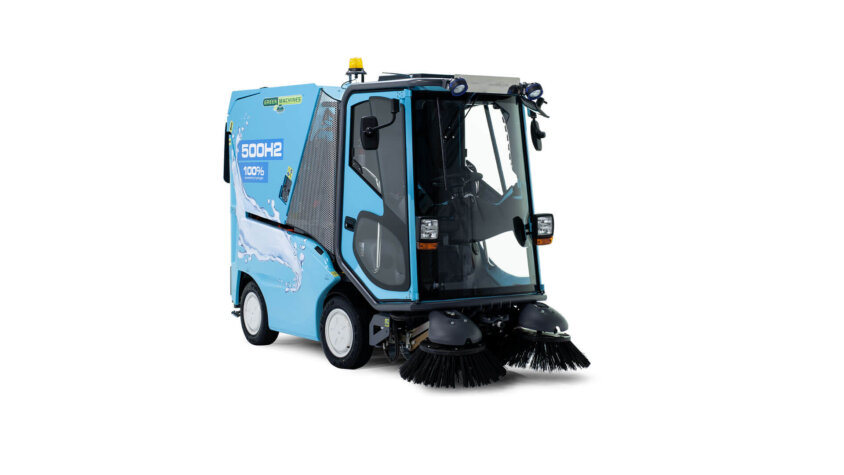 The Dutch sweeper manufacturer is convined that hydrogen will play a key role in reducing carbon emissions to reach the ambitious global goals.

The newest member of its 500 series, GM 500H2, has been created based on its predecessor – the fully electric sweeper GM 500ze – but with lots of new possibilities.

The hydrogen fuel cell uses oxygen and hydrogen to produce electricity that powers the sweeper.

GM 500H2’s unique part is its H2-POD system, which Green Machines says solves the issue of having to invest in hydrogen fuelling infrastructure, which can be expensive.

The H2-POD is a flexible cartridge system that allows the user to refill the machine whenever and wherever they want.

Those who have a hydrogen infrastructure in place can opt for the 500H2 with an installed fixed tank, which allows the machine to be refuelled in just a few minutes.

Another advantage of GM 500H2, Green Machines explained, is that it is swappable, meaning that everyone can switch to hydrogen.

The owners of the current GM 500ze, which runs on Li-Ion batteries, don’t have to buy a new green machine to have the smartest sweeper.

They can request an offer to change their Li-Ion Light Pack or Li-Ion Plus Pack type of GM 500ze with one of the two hydrogen options.