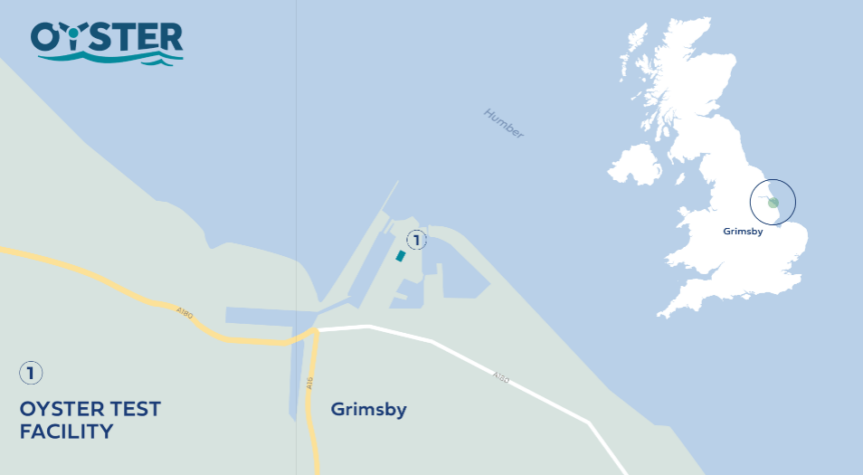 Grimsby, UK has been selected for a new megawatt-scale “marinised” electrolyser project.

ITM Power, Ørsted, Siemens Gamesa Renewable Energy and Element Energy have all joined forces on the port town development that will look to combine an offshore wind turbine directly with an electrolyser and transport renewable energy to shore.

Project partners said the electrolyser system will be compact to allow for easy integration into a single offshore wind turbine. The electrolyser will also integrate desalination and water treatment processes so it can use seawater as a feedstock for electrolysis.

On the plans, Dr Graham Cooley, CEO of ITM Power, said, “Renewable hydrogen is the cleanest fuel available to us today. Utilising offshore wind energy, and generating renewable hydrogen using water in the process of electrolysis, offers a route to be able to decarbonise the entire energy system. “

A 100% FCH JU-funded project, the development will make use of Grimsby’s withstanding renewable energy sources. Ørsted is already developing what it believes to be the world’s largest wind farm in the area, which is set to be operational in 2022.

Utilising its wind farm expertise, Ørsted will lead the offshore deployment analysis, the feasibility study of future offshore developments and support ITM in the design and testing of the electrolyser system.

Michael Dolman, Partner at Element Energy, concluded, “Since supporting the formation of the OYSTER project, we’ve seen a growing number of projects planning offshore hydrogen production and increasing interest in this area from a wide range of stakeholders.

“With the selection of a location for the demonstrator, OYSTER is progressing well and will play a valuable role in advancing electrolysis technology for offshore applications.”

A UK Government office for hydrogen would be a statement of intent for industry, TGIRR report suggests