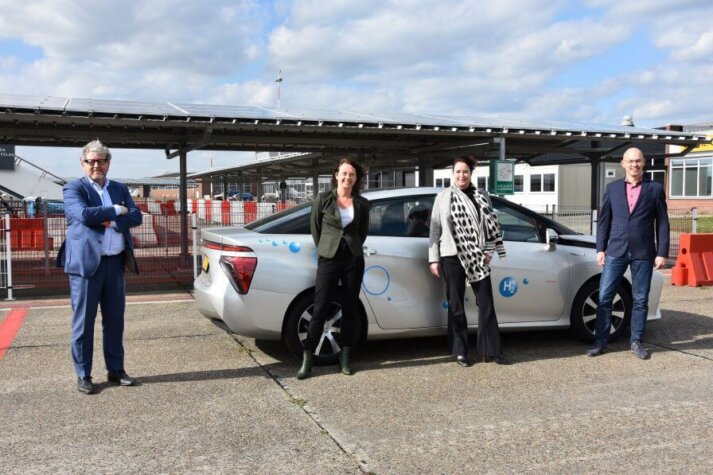 Groningen Airport aims to be the first hydrogen valley airport

It has been stated that Groningen Airport, along with the NXT Airport initiative, want to be able to produce green hydrogen on site and use it in both land and air operations for innovative developments in the near future.

This could be achieved through a collaboration with GroenLeven, which has built a solar park with a capacity of 21.9MW between the runway, apron and taxiway, to produce the clean fuel.

The green hydrogen produced from the solar park will then be used in various different aspects of the airport’s operations, for instance, in a multi-fuel filling station that serves both land and air vehicles.

Land vehicles will include passenger cars, trucks and intercity buses that can use the station to refuel with the potential expand for ground handling equipment to refuel hydrogen drones and hydrogen aircraft.

The project is part of the wider aim to make Groningen Airport carbon emission free by 2030, seeing hydrogen as a key fuel source to achieve this goal.

Together with Holthausen Clean Technology, Groningen Airport is looking at the conversion of existing equipment as well as the development of innovative hydrogen-powered ground equipment which does not yet exist on the market.

“In addition to road, water and rail transport, we can now also include air transport in the Hydrogen Valley. This is a very valuable addition and strengthens the position of the Hydrogen Valley, the testing ground for hydrogen development in the Northern Netherlands.”

“We will use our knowledge and network to help Groningen Airport Eelde in their ambition to become the most sustainable and hydrogen-powered airport in Europe.”

The focused goal of the collaboration is to make the airport and aviation network in the area more sustainable and in line with the region’s hydrogen applications.